Doctor Lawrence Cohen “is not currently performing procedures at Yorkville Endoscopy", the clinic has said.

The doctor who performed the endoscopy on Joan Rivers which led to the comedienne's cardiac arrest has stepped down as medical director of Yorksville Endoscopy, the Manhattan clinic has stated.

Rivers passed away on September 4th at aged 81

Yorksville Endoscopy, the clinic where the procedure was performed told ABC News on Friday that Dr Cohen “is not currently performing procedures at Yorkville Endoscopy; nor is he currently serving as medical director.”

More: ENT Specialist Invited To Examine Joan Rivers Was Not An Approved Doctor At The Clinic

The clinic did not give a reason for Cohen’s removal but a source reportedly told ABC that he had been asked to step down because he ‘allowed a specialist unaffiliated with Yorkville Endoscopy to examine Rivers even though that doctor was not authorised to practice in the clinic’.

81 year old Rivers had gone to the clinic for what her friend Deborah Norville described as "a diagnostic procedure to see why her voice had gotten raspy.” The comedienne went into cardiac arrest at around 9.30am on August 28th and was then transported to Mount Sinai Hospital where she was placed in a coma. Rivers died a week later on September 4th.

Last week, the New York State Health Department announced that they would be opening a "full investigation" into Yorkville Endoscopy Center. 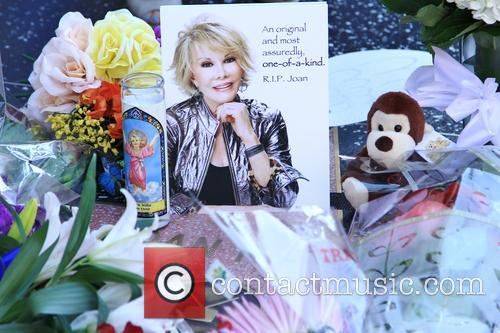 A private funeral for Rivers was held last Sunday (September 7th) and was attended by family and friends of the comedienne including Sarah Jessica Parker, Kelly Osbourne and Howard Stern. Actor Hugh Jackman was also in attendance and gave a rendition of ‘Quiet Please, There's A Lady On Stage’ from Broadway musical ‘The Boy From Oz’. Jackman later described the service on the 'Tonight Show', saying it was "very uplifting, very touching and moving, but funny."