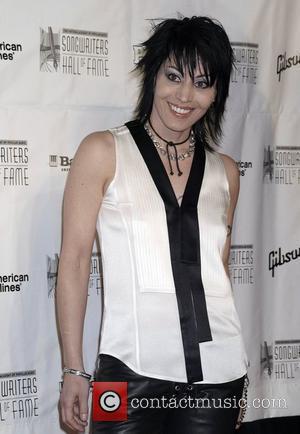 Rocker Joan Jett apologised to Kristen Stewart after reportedly reducing her to tears during a heated confrontation on the set of upcoming biopic THE RUNAWAYS.
The pair have struck up a friendship since Stewart signed on to play the I Love Rock N Roll hitmaker in a new biopic about her 1970s band.
But the actress allegedly broke down crying after Jett gave her a 'hard time' during filming in a bid to improve her performance - prompting the rocker to apologise.
A source tells the New York Daily News, “Joan just wants Kristen to play an authentic version of herself, so she needled her a little bit too much. But she apologised when she realised how upset Kristen got.”
In April (09), the Twilight actress admitted she was feeling the pressure that comes with playing a real person onscreen: "It's one of the most immense responsibilities to play a real person. Her story's important. It's an incredibly triumphant feminist story really."