Joan Jett is to produce and star in romantic comedy 'Undateable John'. 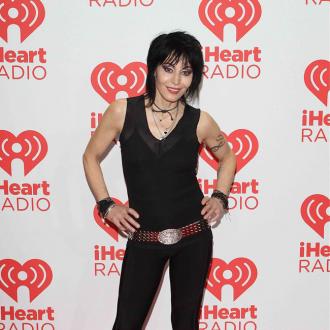 The 55-year-old rocker will act as executive producer under her own company Blackheart Films, as well as star as a Venice Beach folk singer in the romantic comedy movie.

The story will follow Joan's character as she befriends a couple, Jane - played by Estella Warren - and John (John Philbin), at an Alcohol Anonymous meeting, according to Deadline.com.

Demian Lichtenstein will direct the film from a script penned by Cynthia Poser, while Daryl Hannah, Tom Arnold, Margaret Cho and Meredith Baxter are set to star alongside Joan.

Joan - who recently released her new album 'Unvarnished' - will also contribute songs to the movie's soundtrack.

The singer last executive produced 'The Runways', which followed her all-female punk band in the 1970s, and saw 'Twilight' beauty Kristen Stewart play her.