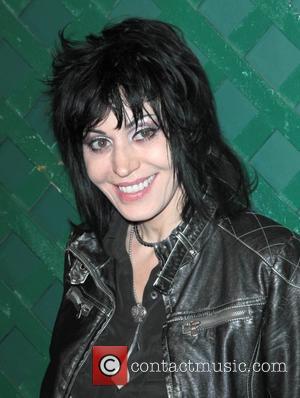 Legendary rocker Joan Jett has been honoured for her tireless work for animal rights by fellow singer/activist Iggy Pop.

The Joan Jett & the Blackhearts frontwoman was presented with the Nanci Alexander Activist Award, named after the founder of the Animal Rights Foundation of Florida, at a star-studded gala held in Florida on Sunday (04Nov12).

Guests were treated to a viewing of Jett's first advertising campaign for People for the Ethical Treatment of Animals (Peta), in which she dressed in her trademark punk garb alongside the tagline, "I am Joan Jett, and I am a vegetarian."

Peta founder Ingrid Newkirk says, "Joan takes every opportunity to talk about the importance of being kind to animals, and she's among the most dedicated activists I've had the pleasure of knowing. People listen when this star talks. She's had a positive influence on countless fans."