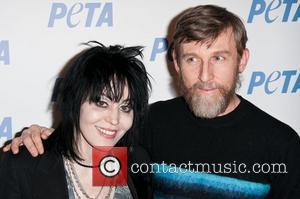 Joan Jett and Steven Van Zandt have stepped in to help Joey Ramone's brother complete an album of tracks the late punk icon was working on when he died in 2001.
The Ramones star's sibling Mickey Leigh felt compelled to complete his brother's legacy after finding lyrics to a song the Blitzkrieg Bop singer wrote on the back of a pizza delivery receipt while clearing up his New York apartment following his 2001 death from lymphoma.
Leigh checked back through demos Ramone had recorded and lyrics he had written during the final years of his life and called on old friends to help him turn the collection of rough mixes and ideas into new tracks for Ya Know.
The album will be released in April (12) - a decade after Ramone's posthumous album Don't Worry About Me.
And Leigh tells Rolling Stone magazine there was a wealth of material available to him: "His (Joey's) health was up and down, but when the chemo cocktail was effective, that's when he did his work. Joey had no intention of retiring. His health was holding him back."