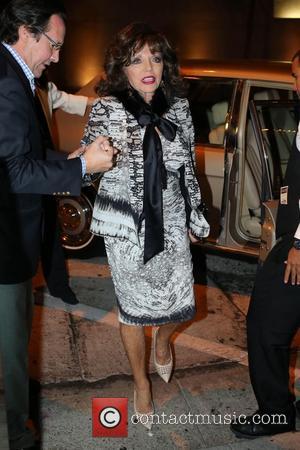 Actress Joan Collins is set to be made a Dame in Britain's New Year Honours on 1 January (15).

The Dynasty star is expected to receive the title on New Year's Day as part of the annual ceremony, where citizens are recognised for their hard work and contribution to the U.K.

The 81-year-old star has appeared on our screens for almost 65 years, and in 1997 she was made an Officer of the Most Excellent Order of the British Empire (Obe) but admitted she was sceptical she would ever be made a Dame.

In 2006, she told British newspaper The Daily Telegraph, "I've no intention of lining up for my damehood. I wouldn't get one. I don't have the body of work of Judi Dench and Diana Rigg."

Last year (13), British actresses Angela Lansbury and Penelope Keith were amongst those to receive the prestigious honour.