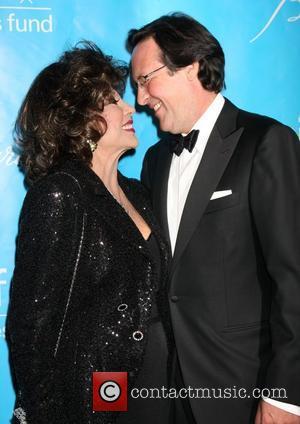 Veteran actress Joan Collins spent two months in therapy after movie legends Paul Newman, James Dean and Marlon Brando were astonished to discover she did not see a shrink.
The British star snubbed the Hollywood tradition of undergoing sessions with a psychiatrist when she first became big in Tinseltown in the 1950s.
After revealing her secret to her movie star pals, Collins felt pressured to agree to a bout of therapy but abandoned finding herself after realising she was completely sane.
She tells OK! magazine, "I don't have to drop names, but I will. Paul Newman, James Dean, Marlon Brando - all friends I was hanging out with, couldn't believe I wasn't in therapy. Stewart Stern, who wrote Rebel Without A Cause, said to me, 'Joan, you must go to therapy. It's very important to find yourself.'
"So I went for two months. And I discovered that I am completely, inherently sane and non-neurotic."