9) Deptford Goth - 'Songs'
The second album from Daniel Woolhouse is a thing of joy that needs to be appreciated without distraction, It's soft, smooth and oh so soothing, it can't fail but to relax and chill you out. If you need to wind down just let it wash over you, you'll feel all the better for it.

8) Perfume Genius - 'Too Bright'
Mike Hadreas has broadened his horizons on this, his fourth album. Here he not only deliveries on his signature piano ballads but also explores new sonic territory to great effect. Too Bright is a multifaceted album full of surprises that never fails to delight.

7) My Brightest Diamond - 'This Is My Hand'
Full of theatre and drama with a stunning vocal to compliment the very original soundtrack. 'This Is My Hand' is thought provoking entertainment full of interest and intrigue superbly crafted by Shara Worden.

6) Alt-J - 'This Is All Yours'
The second album may not measure up to quality and consistency of the first but it is nonetheless a terrific album, It has its faults for sure but where it works, it works brilliantly. 'Hunger Of The :Pine', 'Every Other Freckle' and 'Left Hand Free' being prime examples of intelligent and inspirational pop.

5) First Aid Kit - 'Stay Gold'
Sweden's finest musical export since Abba (Yes that includes the House Mafia) deliver in spades on this their 3rd, and arguably most accessible, album to date. A Country lilt permeates the sound and the sublime sibling harmonies shimmer. In spite of the fact that they seem to have been adopted by some of Radio 2's more annoying DJ's the band and the album are no less credible

4) Flowers - 'Do What You Want, It's What You Should Do'
Light, airy, fresh and fantastic. 14 of the briefest but best bits of potent pop you'll hear this year. Produced by Bernard Butler this debut album from Flowers is difficult to fault, the songs are immediately likeable, the vocals tantalising, sensuous and seductive in equal measure. If you want to know what it's like to be young and in love listen to 'If I Tell You' and 'I Love You'.

3) Maximo Park - 'Too Much Information'
A fabulous 5th album from the somewhat underappreciated, one time Mercury nominated, band containing a string of great pop songs including the catchy up tempo, 'Give, Get, Take', mesmerising 'Leave This Island', 'Midnight On The Hill' and retro Buzzcocks frenzy of 'Her Name Was Audrey'.

2) FKA Twigs - 'LP1'
The one time bookies favourite to lift this years Mercury prize may have fallen at the last hurdle but LP1 is a deserving nomination. The overtly sexual subtext is secondary to the polished production and at times sensational vocals delivered consistently and cohesively throughout the album.

1) Joan as Police Woman - 'The Classic'
Another wonderful album from Joan Wasser. The song writing and performance here is superb. it's a funky, soulful and seriously addictive piece of work. 'Holy City', 'Witness' and 'Get Direct' are quality in pop personified. Joan's voice just seems to get better with each release and her writing and arrangement has a maturity and measure that is so beautifully balanced. 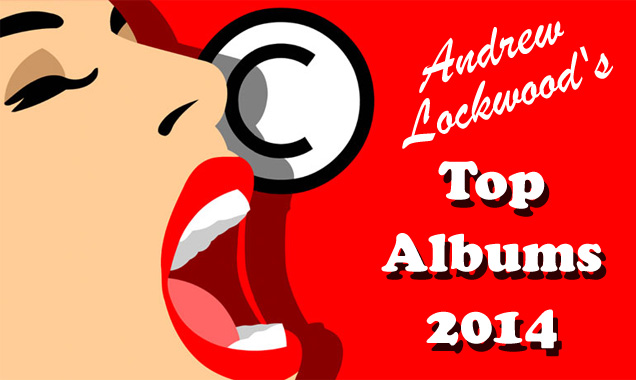