Jo Wood says her rock and roll lifestyle is to blame for her drug use, and claims she took them so she wasn't 'left out' of ex-husband Ronnie's circle of friends.

Jo Wood blames her rock and roll lifestyle for drug use.

The former model has insisted she wouldn't have taken drugs if she hadn't been married to Rolling Stones guitarist Ronnie for 26 years before their divorce in 2009.

She admitted there is definite hypocrisy in the way such behaviour is glamorised for rock stars, but claimed she would never have let it get so bad her children would have done into care.

She told the Sunday Times newspaper: ''Oh yeah, there sure is [a hypocrisy]. Gosh, to think my kids would have been taken away. But I wouldn't have let it get to that point.

''If I hadn't been with a rock star, I wouldn't have been doing the drugs. I just went along with everything because ... otherwise, I would have been left out.''

Jo, 57, recently revealed the extent of her drug use, which included an 18-month period where she would take a form of cocaine in the bathroom of her Los Angeles home and - while she has said she was only a part-time mother - she dismissed the idea her children were abandoned.

She added: ''They weren't abandoned, they were there in the house. I used to do it when they went to sleep. They didn't see me do it ... I know I had young children. If it was me now I wouldn't have done it. But it was rock 'n' roll.''

Her and Ronnie raised four children together - Leah and Tyrone, as well as sons Jamie and Jesse from previous relationships. 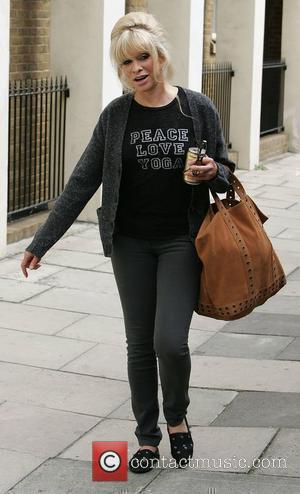