The original BBC sitcom The Office ran for 14 episodes from 2001 to 2003, and now 13 years later Ricky Gervais returns to his iconic character for a follow-up movie. Referring to the original series as a "BBC documentary", David Brent gets a camera crew to follow him as he makes a last-gasp attempt at achieving his dream of being a rock star. But instead of going on a reality show like everyone else, he hires a band and hits the road. 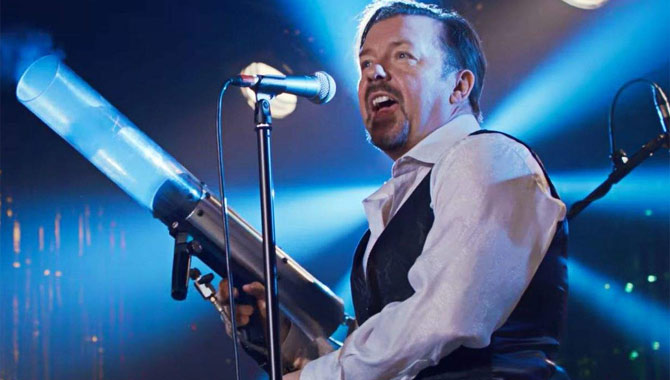 David is now working as a tampon salesman for a firm in Reading, with a chucklehead colleague (Tom Bennett) who gets all his jokes and a coworker (Jo Hartley) who has a soft spot for his idiocy. Now he has decided to take all of his holiday and cash in his retirement fund to reform his band Foregone Conclusion with session musicians as well as rising-star rapper Dom Johnson (Ben Bailey Smith). He hires a tour bus and heads off to a series of gigs in nearby towns, determined to embrace the rock-n-roll lifestyle. But without much promotion, the fans don't quite materialise. And there's tension within the band, mainly because they're all just here for the cash and are annoyed by David's antics.

Of course, everything David does is excruciating. The rambling introductions to his jaw-droppingly inappropriate songs are accompanied by grimaces from his bandmates and the audience. The music is actually quite good, while the lyrics are simply painful (Native American seems like the low point until he kicks into Please Don't Make Fun of the Disabled). David is the only person on screen who doesn't realise how appalling this is. And yet, since the film is written and directed by Gervais himself, there's a strange sense of irony at work here, as if Gervais himself would like to be a rock star, and is using this film as a chance to ignite a side career.

Since becoming infamous after appearing on the popular reality/documentary show, The Office, David Brent has been just dreaming of the day he can give up conventional work and live life on the road with his band Forgone Conclusion.

After working his way up the ranks at the Paper Merchants Wernham Hogg, David was one of their office managers but now finds himself employed at Lavichem as a sales rep. In David's mind, he and his band will never be too old to make it and NOW is the time for them to hit the road and show the UK what they have to offer.

With underwhelming ticket sales, Forgone Conclusion find themselves on a 'toilet tour' of the UK, not only are they far from playing the packed venues that David envisions for a band of their quality, they're also broke meaning David must withdraw his pension funds to finance the band. Joining the band on tour is rapper Dom Johnson who is also far from convinced that Brent has the lyrical skill to break them both to the big time.

The UK was introduced to David Brent when the BBC decided to make a real life documentary that looked at the employees of a paper company called Wernham Hogg. Brent was the branch manager and was either loved or loathed by his employees. Since then, every office can identify a character they'd call their own David Brent. It's been 15 years since then and David is just as upbeat as ever. Now a sales rep for a company called Lavichem, the wannabe musician is still keen to pursue his once hobby and tour the UK.

Even when Michael Edwards was a small boy, he had huge ambition. Whenever the Olympics were on the TV Eddie would gleefully watch and admire the athletes and their abilities, it was the catalyst that drove Eddie to become a household name.

Though he was a strong skier, Eddie had zero knowledge or ability when it came to Ski jump, but the lack of competition was his in. Eddie decided that he too was going to become an Olympic athlete, HE would appear and represent his country at the winter games.

With no sponsors and everything working against him, Eddie begins training. Accident after accident, bad run after bad run - Eddie tirelessly continues with his quest to somehow reach his goal. Whatever the outcome of Eddie's journey, he's sure to change the sport and the winter Olympics forever. 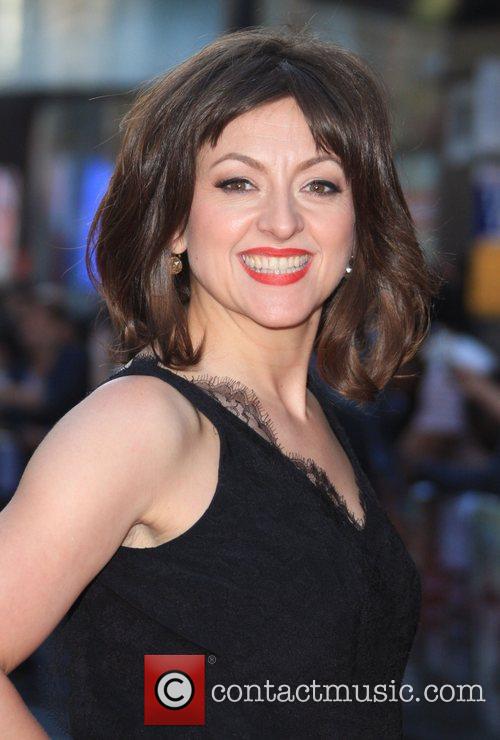 Ill Manors follows the hardships of six unrelated people in London - Kirby, and ex-drug dealer fresh from prison; Ed (Skrein), a ruthless thug with his own agendas; the drug-dependent Michelle (Anouska Mond); Jake, who has somehow got tangled up in gang-related affairs; Chris (Allen), who is seeking revenge; Katya (Press), who seeks to escape; and Aaron (Ahmed) who is intent on doing the right thing.