Williams and another man have been charged with sexual offences after an alleged incident in Wolverhampton in December 2016.

Oritse Williams, a former member of pop group JLS, has been charged with rape over an alleged attack on a fan in a hotel room after a gig, police have confirmed.

Croydon-born Williams, 31, was arrested on December 2nd 2016, one day after performing a concert at the Gorgeous nightclub in Wolverhampton. A second man, Jamien Nagadhana, also 31 and of Hounslow, London, has also been charged in connection with the incident.

Williams had been performing the gig to promote his album Waterline, which was released the previous summer under the name OWS. 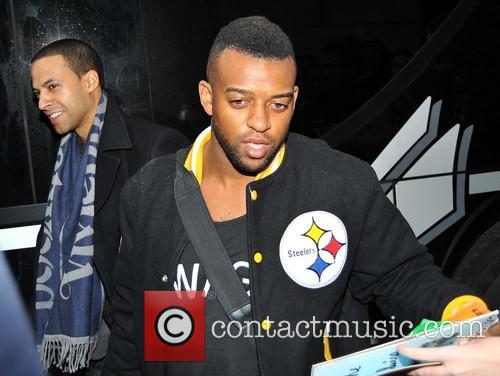 Oritse Williams of JLS pictured in 2013

West Midlands Police announced on Friday (September 14th): “Police have charged two men with sexual offences following an allegation of rape at a Wolverhampton hotel in December 2016. Oritse Williams, aged 31, from Croydon, London, has been charged with rape. Jamien Nagadhana, aged 31, from Hounslow, London, has been charged with assault by penetration.”

Williams and Nagadhana are set to appear in court for the first hearing in the case at Walsall and Aldridge Magistrates’ Court on October 11th.

After Williams's initial arrest nearly two years ago, the singer's management firm 10 Worlds Music said: “Oritse denies the allegations. The matter is in the hands of the police and it would be totally wrong for us to comment any further.”

Shortly afterwards, Williams announced he would be stepping back from his charity work, adding: “Unfortunately, the press speculation is likely to be unhelpful to the charities I work with and the decision I have taken is with their best interests in mind.”

JLS, the band that Williams formed alongside Aston Merrygold, Marvin Humes and JB Gill, shot to fame on ‘The X Factor’ in 2008, and enjoyed huge fame and success before splitting in 2013. They sold 10 million records, scoring four Top Three albums and five chart-topping singles.