J.K. Rowling To Begin Writing 'Harry Potter' Spin-Off Movie 'Fantastic Beasts and Where to Find Them'

J.K. Rowling has been handed her screenwriting debut by Warner Brothers to begin writing the script for a Harry Potter spin-off film called Fantastic Beasts and Where to Find Them. The boy with a scar on his forehead will not appear in these books, nor will Ron, Hermione nor any of the other Hogwarts populace, and will take place about 70 years before the start of the first HP book. 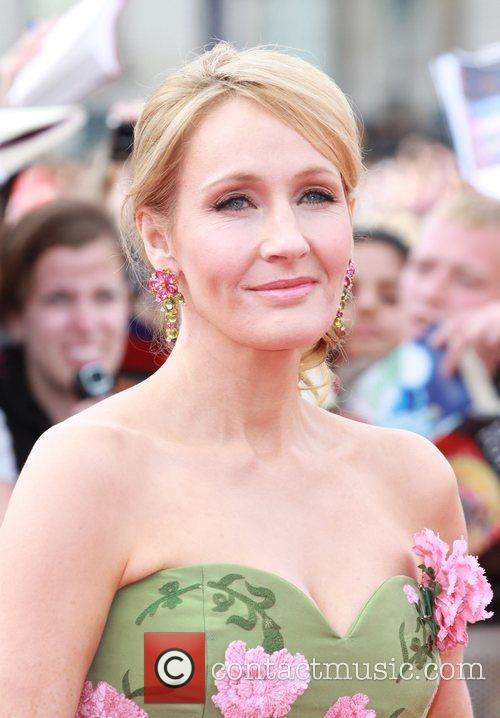 Rowling will make her screenwriting debut with the film

Fantastic Beasts and Where to Find Them may sound familiar to some Potter-fanatics, and that's because it has appeared in the original series of book a number of times as one of the student's text books. The name was also used for a special one-off booklet written by Rowling in aid of Comic Relief, in which she listed and described the many mythical creatures that exist only to witches and wizards. Following the ficticious book's author Newt Scamander and beginning in New York seven decades before The Philosopher's Stone took place, Rowling has since assured fans that despite the time gap, the “laws and customs of the hidden magical society will be familiar to anyone who has read the Harry Potter books or seen the films.”

“It all started when Warner Bros. came to me with the suggestion of turning Fantastic Beasts and Where to Find Them into a film," Rowling said in a statement posted to her official FaceBook page. She continued, "I thought it was a fun idea, but the idea of seeing Newt Scamander, the supposed author of 'Fantastic Beasts', realized by another writer was difficult. Having lived for so long in my fictional universe, I feel very protective of it and I already knew a lot about Newt. As hard-core Harry Potter fans will know, I liked him so much that I even married his grandson, Rolf, to one of my favourite characters from the Harry Potter series, Luna Lovegood. As I considered Warners’ proposal, an idea took shape that I couldn’t dislodge. That is how I ended up pitching my own idea for a film to Warner Bros." 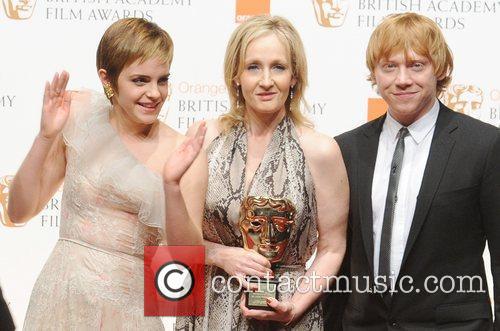 Rowling with Potter stars Emma Watson and Rupert Grint; who won't be appearing in the movie

The mega-successful author went on to assure fans that the movie will be "neither a prequel nor a sequel to the Harry Potter series," but rather, it should be considered as "an extension of the wizarding world" as seen in the books and films. In his own statement, Warner Bros Entertainment chief executive Kevin Tsujihara said that the company is "honoured" to be working with Rowling again, and can't wait to begin work on the follow-up to an "unprecedented film phenomenon.”

No word on when filming will begin or who may be in talks to appear in the film, as this now all depends on how long Rowling will take writing the screenplay. More details on this story as it develops.