She loves The Smiths like the world loves Harry Potter.

It doesn't matter whether or not you're the most famous author in the world, you are still going to fan-girl like a tweenie when you bump into your favourite singer. And Jk Rowling is no different. Once again, this awesome woman proves why she's just like every one of us - just with a bit more money and an actual liking for Morrissey. 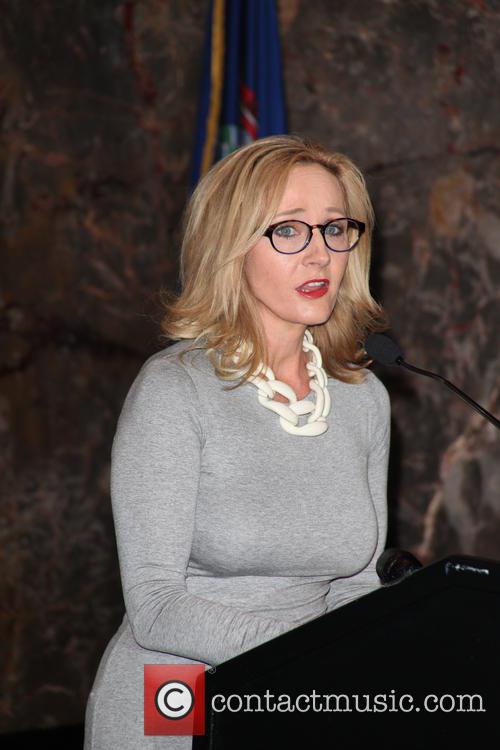 Even JK Rowling has fangirl moments

She's always been down-to-earth, open and honest with her fans and the press about her humble beginnings as a writer and her most awkward habits, and now Rowling's gone one step further by revealing the entertaining story of her first encounter with The Smiths singer Morrissey while out shopping at Harvey Nichols.

'We were looking at each other, getting nearer and nearer, and at almost exactly the same moment we both put out our hands', excitedly recalled in an interview with The Guardian. 'What was amazing to me was, Morrissey knew who I was. I was with my sister-in-law and she said, 'Put. Your. Hand. Down.' I was walking around afterwards with my hand out. I said, 'Morrissey touched me!' She said, 'I know, you look stupid.'' Her sister (most likely Lorna Murray, the sister of her husband Neil Michael Murray) is probably the only person in the world to call Ms Rowling stupid, but it did remind us of our own encounters with famous faces. Except that, y'know, Morrissey knew her.

More: See the first pictures from the set of 'Fantastic Beasts And Where To Find Them'

The 'Harry Potter' author likened the thrill of meeting her idol to her fans' ongoing obsession with her wizard book series as they hit their twenties. 'I don't think it's any more infantile than me being excited to meet Morrissey', she said. 'I wanted to go back to my 16-year-old self who's lying there in the dark with the joss sticks, listening to Heaven Knows I'm Miserable Now, and tell her, 'You'll meet him! He'll know who you are!''