10% of the proceeds are going to charity, according to the seller, who bought the chair in which Rowling wrote the first two Potter books nearly 7 years ago.

The chair in which J.K. Rowling sat while she wrote the first two ‘Harry Potter’ books has sold at auction in New York City for almost $400,000, according to the Associated Press.

50 year old Rowling used the chair, one of four mis-matched pieces of furniture given to her over 20 years ago, while writing ‘The Philosopher’s Stone’ and ‘The Chamber of Secrets’ in her Edinburgh council flat in the mid ‘90s. It sold for $394,000 at a Heritage Auctions sale in New York on Wednesday (April 6th). 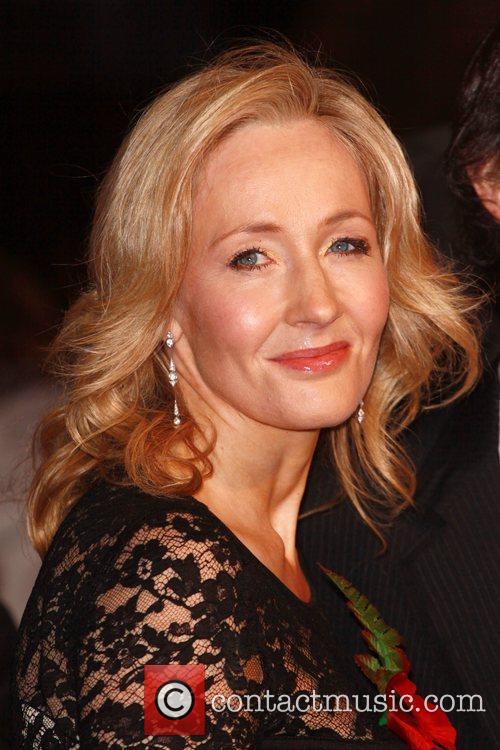 J.K. Rowling's chair, in which she wrote the first two 'Harry Potter' books, has sold for nearly $400,000 at auction

It’s the third time the chair has been sold at auction, with the current seller Gerald Gray purchasing it for $29,000 back in 2009. The new sale has massively surpassed his own expectations, and said that he would be donating part of the proceeds to charity.

“I plan to donate 10 percent to J.K. Rowling's charity, Lumos, because that's what she did in the first place,” Gray, of Worsley in Greater Manchester, told AP about his plans for the money after the sale yesterday.

On the chair itself are inscribed the words ‘Gryffindor’, ‘I wrote Harry Potter in this chair,’ and signed the piece before initially auctioning it off in 2002 for $21,000 to benefit charity, adding that the furniture also comes with an original letter, written and signed by the author before she sold it to raise money for the NSPCC.

“Dear new-owner-of-my-chair. I was given four mismatched dining room chairs in 1995 and this was the comfiest one, which is why it ended up stationed permanently in front of my typewriter, supporting me while I typed out 'Harry Potter and the Philosopher's Stone' and 'Harry Potter and the Chamber of Secrets’,” the note reportedly reads. “My nostalgic side is quite sad to see it go, but my back isn't.”