The 'Harry Potter' author was one of many to shut down the 'prayer and lobby' group Christian Voice after it claimed Daley's homosexuality was to blame for his Olympic diving defeat.

Jk Rowling has defended British diver Tom Daley from an Olympically ignorant tweet sent by a British Christian organisation, which ludicrously claimed that Daley’s diving had gotten worse since he came out as gay.

On Saturday (August 20th), after 22 year Daley failed to qualify for the 10-metre platform final at the Olympic Games in Rio de Janeiro, a UK-based prayer and lobby group named Christian Voice posted a homophobic explanation as to Daley’s disappointing performance. 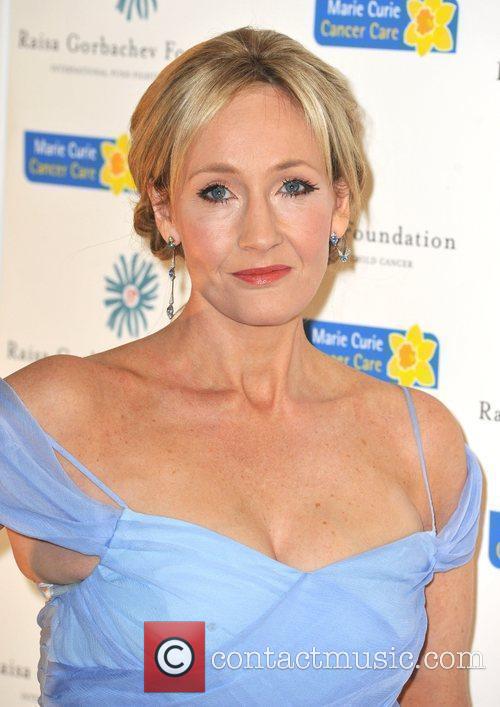 “Turning gay doesn’t seem to have done Tom Daley any favours at #Rio2016,” the tweet read, not going on to actually offer an explanation of why this might be so, and apparently completely missing the fact that he and Daniel Goodfellow had snagged a bronze medal for Team GB earlier in the Games for the synchronised 10m platform and had set a new Olympic Record in the individual version of the same event.

Many outraged and confused responses followed, including one from the 51 year old ‘Harry Potter’ author, who has a strong record in taking bigots and assorted idiots to school on social media, as she leapt to her fellow countryman’s defence.

More: Could there be THREE new ‘Harry Potter’ books coming our way next month?

“Can’t decide which is more offensive in this tweet, the stupidity or the spite,” Rowling tweeted in response soon afterwards.

Can't decide which is more offensive in this tweet, the stupidity or the spite. https://t.co/ksqZp17drc

Daley is engaged to movie screenwriter Dustin Lance Black, having proposed in October 2015, and revealed he was gay in a YouTube video back in December 2013.

“I want to be Olympic champion - that’s been my dream since I was a kid,” a crestfallen Daley had said after his disastrous performance that left him 18th and last in the semi-final. “At the Olympics you can get your dreams crushed in an instant so it’s tough. To think that Team GB has already got three diving medals from these Games is incredible and gives you a massive kick of motivation to want to be standing on top of that podium in 2020.”