Tickets For J.K. Rowling's Harry Potter Stage Show Created A Frenzy Among Fans And Sold Out Within Hours On Wednesday (28oct15). 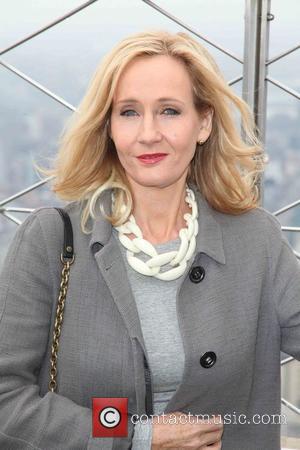 The first batch of tickets for the performances of Harry Potter and the Cursed Child, at London's Palace Theatre, were released on Wednesday, and an estimated 120,000 fans registered and attempted to book.

The surge caused technical difficulties on a ticket sales website and some fans were left waiting for up to four hours. The tickets quickly sold out, and within a day some passes were on second-hand ticket websites for as much as $3,520 (£2,200).

The show, based on an original story by Rowling and billed as the eighth installment in the franchise, is split into two parts, and fans can either take in part one as a matinee performance and then watch part two the same evening, or see the two performances on consecutive nights.

More tickets for the play, which follows Albus Potter, the son of Harry, will go on sale on Friday (30Oct15).