Because it's the must-see event of the summer of 2016.

Harry Potter fans everywhere will no doubt be trembling with excitement and trying to get last minute priority booking for 'Harry Potter and the Cursed Child' next year, and now franchise creator Jk Rowling has created an even bigger buzz by revealing some more information regarding the play. 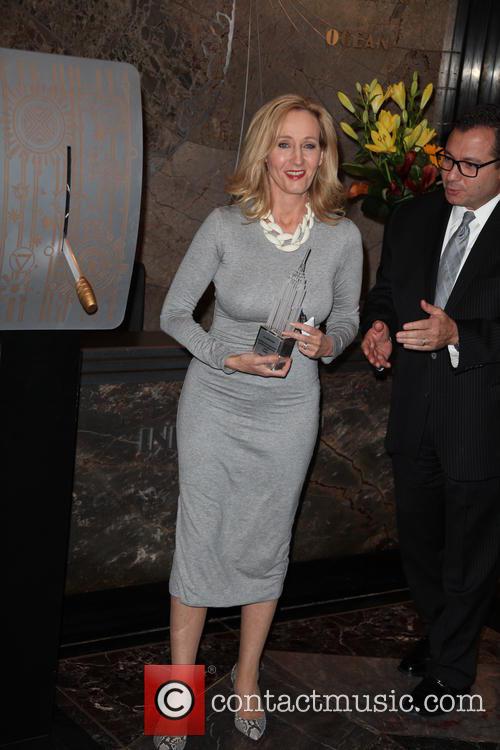 While we don't know the exact plot details yet, nor who will be cast in the production, we now know enough to keep us pondering until next year. So here's nine things that have already been revealed to us about this unique play:

1. The play will be split into two parts, to be shown as separate matinee/evening performances, or consecutive evening performances depending on the theatre-goers' preferences. So we can expect a tale of epic proportions. Plus, there's always the option of just going to see part one - but there's no way we're going to miss any of it.

2. With a script by Jack Thorne - popularly recognised for his West End adaptation of 'Let The Right One In' - the play has been directed by John Tiffany who's even more well regarded in the theatre industry. He even worked as an Associate Director on Thorne's play, and landed a Tony for his spectacular stage reimagining of 2007 movie 'Once'. He's also a recipient of an Olivier Award. There's no amateurs on this production!

3. The story will carry on from events in the 'Nineteen Years Later' epilogue of seventh book 'Harry Potter and the Deathly Hallows', with Harry Potter now being married to Ginny nee Weasley and with three children at Hogwarts. But despite the Dark Lord having been dead a good few years, Harry is still battling through his life as he now has a heavy workload at the Ministry of Magic to contend with.

4. There's a strong focus on Harry's middle child Albus Severus (who avid readers will remember had deep concerns about ending up in Slytherin house). Now at Hogwarts, he's finding it difficult to come to terms with his family legacy, and Harry soon learns that past often resurfaces at the most uncomfortable of times - and evil is never truly overcome.

5. The play will feature music by London alternative singer Imogen Heap, best known as one half of the duo Frou Frou. Heap has released four solo albums, with her last two (2009's 'Ellipse' and 2014's 'Sparks') reaching number one in the US Electronic chart.

6. It's the first Harry Potter story to be played out on stage, though it's not the first stage show to be based on the popular magic series. Darren Criss and A. J. Holmes brought 'A Very Potter Musical' to the University of Michigan in 2009, and it has since become a YouTube sensation.

7. A cast of more than 30 has been confirmed for the play, though we are yet to find out who's to appear in it.

8. 'Harry Potter and the Cursed Child' is set to make its world premiere at London's Palace Theatre on July 30th 2016.

9. Priority tickets can be booked on October 28th 2015, with general booking opening on October 30th.

More details have been announced about 'Harry Potter and the Cursed Child', the new play based on an original new story...