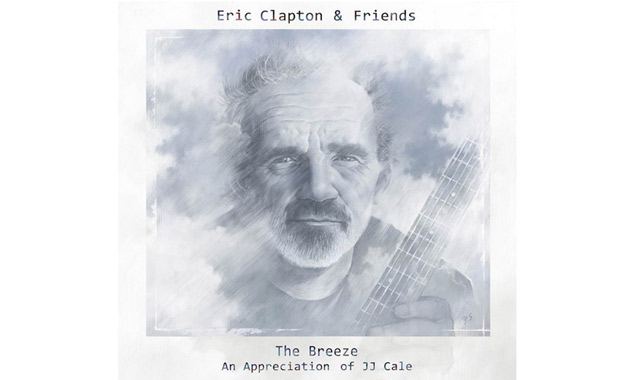 A host of famous names have paid their respects to the recently deceased founder of the Tulsa Sound; JJ Cale.

The legendary singer/songwriter JJ Cale passed away in a California hospital on Friday (26 July) after suffering a heart attack at his nearby home, leaving behind a legacy that wont soon be forgotten. The Grammy-winning singer, guitarist and songwriter, who was 74-years-old when he passed away, was responsible for a string of hits that were made famous after being covered by some of the biggest names in rock music, including Tom Petty, Santana and most famously of all; Eric Clapton.

Since his passing last week, tribute have been pouring in from those wishing to pay their respects to the great musician, a man who helped invent the laid back and much-copied Tulsa Sound, a combination of country, blues and rock. Documentarian Louis Theroux shared his favourite Cale track in his online tribute, whilst one of Cale's many collaborators Tom Petty shared a backstage picture of the two from 2009, with the Twitter hashtag #RIPJJCale embedded into the Tweet. Actress Daryl Hannah also gave her respects with the simple statement "RIP JJ Cale... peace xo" uploaded to her Twitter feed over the weekend.

By Victoria Pavlova in Lifestyle / Showbiz on 27 July 2013

By Lisa Entwistle in Music Reviews on 18 March 2009

So, for those that don't know who JJ Cale is, please allow me to fill you in. He's an American singer songwriter with staying power to be envied by most. He's been there from the start and is gracefully continuing in the now. Responsible for the legendary 'Tulsa sound' and worthy of being covered by blues legends and exceptional singer songwriters alike , covers include, Eric Clapton 'Cocaine' and 'After Midnight', The Band 'Crazy Mama', Johnny Cash, Lynyrd Skynyrd, 'Call Me The Breeze', John Mayall, 'Sensitive Kind', Beck, 'Magnolia' to name but a few. Cale's last release in 2004 'To Tulsa and Back' enabled him to hit the road with his hot rolling guitar and laid back vocals, and true to his hardworking ethic his latest offering 'Roll on' will see him hit the road again.

We start off with 'Who Knew' which is a hot Memphis Soul shuffle with a catchy little lyric and bouncing double bass, reiterating his craft instantly. 'Former Me' harbours delicate piano runs over the steady chord changes, moving the track along as Cale tells us a story. 'Where the sun don't shine' has the feeling of an 80's polished Blues track, oscillating synth parts reminiscent sound wise to George Harrisons 'Cloud Nine' escapades with Eric Clapton, Ringo Starr and Elton John. Thing is, if your like me 'Got My Mind Set On You' was perhaps the only decent track of that album, and that was just a bonus track, so I started to worry that Cale is starting to sound a little dated! Unfortunately 'Where the sun don't shine' and 'Fonda-line' both have that horrible late 80's early 90's production feel to them too and it just doesn't get the pulse racing or emotions stirring like a good blues track should. If you did like the 80's blues offerings from the likes of George Harrison or Eric Clapton then you'll probably like these tracks. Personally I didn't even find myself tapping my foot along! 'Strange Days' has a wonderful fast finger banjo part and the whole vibe of this track is very early Crosby Stills and Nash, minimal vocals but beautifully melodic. 'Cherry Street' is your basic 12 bar in a rampant 2/4 with the layer of nonchalant sliver tongue lyrical licks, but perhaps a little guilty of a sin I cant quite forgive '80's Clapton' for, the sound of the guitar in his solo, is just so synthetic. Where's the chewin' tobbaca, grit and sawdust of the country? There's no warm fuzz or high end sustain. This is a guitar man that's got so good at playing his guitar it's too polished and that's a sin that blues men can fall foul off. Blue's beauty is in the organic and earthiness it can possess. 'Leaving in the Morning' on the other hand is a simply constructed and delicately executed track with beautiful slide guitar and gentle steady finger picking, minimal percussion and heartfelt lyrics. 'Oh Mary' is another standard 12 bar blues with a nicer sounding guitar solo, and big band flow. Cale continues down his slow melodic and steady, trotting blues sound with 'old friend' in fact do I faintly hear the clipperty clop of horses? The album also features Eric Clapton on the title track Roll on, with its screaming guitar solos, gritty rhythm guitar, catchy lyrics and steady riffs, and given Cales form for concise album tracks that miraculously turn into epic jams live, this is surely to be one of those. 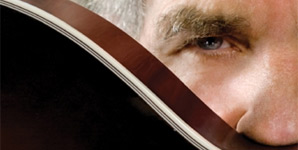 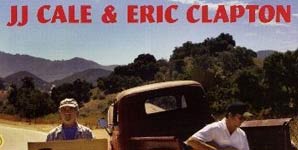