Without a confirmed cast, Episode VII has already begun filming

Maisie Richardson-Sellers’ name has become major news in the movie industry just by being linked to the Star Wars Episode 7 cast. And if LucasFilm – now owned by Disney – decide to keep their ‘unknown actor’ tradition alive, Richardson-Sellers will go from relative unknown to household name within seconds.

The Oxford-educated actress with no movie credits to her name is a frontrunner to land a key role in Star Wars: Episode VII according to The Hollywood Reporter, and as hard core fans of the franchise will know, taking on inexperienced, unknown talent isn’t anything new.

A young, aspiring actor called Mark Hamill was advised by his friend, Robert Englund, who was going for a role in ‘Apocalypse Now’ at the time, to audition for the role of Luke Skywalker. He did, and became one of the most iconic characters in movie history. Can Richardson-Sellers do the same?

The British actress has starred in the plays, ‘For Colored Girls Who Have Considered Suicide’, ‘Mephisto’ and ‘There Will Be Red’.  She is repped by Creative Artists Management in the U.K.

This is just the latest in a long running and enduring rumour mill that has spat out a plethora of names attached to Episode VII. Lupita Nyong'o, Michael Fassbender, Gary Oldman and Hugo Weaving have all been named as potential stars. And despite a solid cast, filming has already begun. 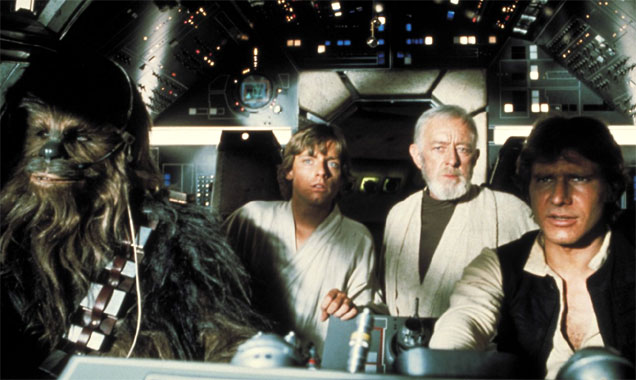 All but confirmed to return are Chewbacca (Peter Mayhew) and droids C-3PO (Anthony Daniels) and R2-D2 (Kenny Baker), with Adam Driver – of Girls fame – set to fulfil a villainous role. Again, that’s not been confirmed, but multiple sources suggest any confirmation is just a formality.

Penned by director Jj Abrams, Lawrence Kasdan and Michael Arndt, the story for Star Wars Episode VII will take place 30 years after the events of Return of the Jedi. It is scheduled for release on December 18, 2015.