Star Trek Director J.J Abrams Opens Up on Not Being A Star Trek Fan

Any doubters that J.J Abrams was the right man for the Star Trek job would have been plunged into further doubt when it was revealed that he wasn’t a fan of the legendary sci-fi show while it was enjoying its pomp in the 70s/80s. But his work on the two films will have appeased worried fans, and he’s opened up on this in an interview with The L.A Times.

“While I was never a fan of “Star Trek,” I love movies, the idea of a big adventure told through a relatable character’s eyes. It’s my favorite thing in the world,” explains the director, who has been confirmed for another sci-fi giant: Star Wars Episode VII. “I knew that when we started doing work on the first movie, we needed to come up with a way that this wasn’t just a “Star Trek” movie, meaning we couldn’t make it for fans of ‘Star Trek’.” Into Darness opened in the U.S yesterday (May 16) and is set to knock Iron Man 3 off the Box Office top spot by tomorrow (Sunday 17). The film is performing well with the critics, too garnering a certified fresh rating on Rotten Tomatoes with 87% - still slightly less than his fist Star Trek film, which bagged 95%.

Fan or not, Abrams has done the franchise proud. “I’m not saying it might not have been better if that had been the case, but I couldn’t do that. It would have been disingenuous. For me, I needed to come at it from the point of view of, it’s a story about a young man who, or a group of people who, and kind of just start there at the most fundamental level,” he explains. 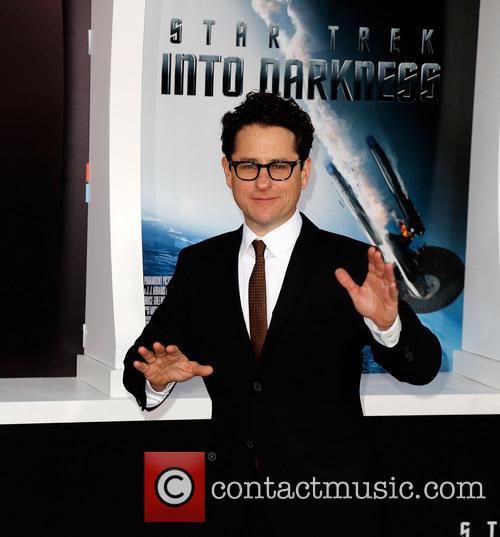 Abrams doing some sort of karate at the Star Trek Into Darkness U.S premiere