Jj Abrams Is 'The Next Steven Spielberg' 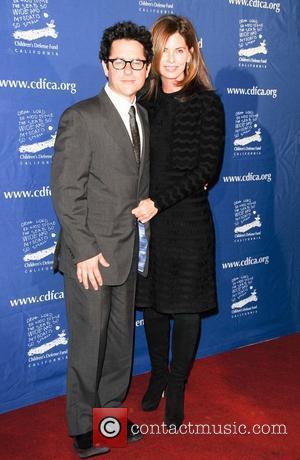 Jj Abrams, the American film director and producer, has been dubbed "the next Steven Spielberg" by GQ Magazine. Jj Abrams, whose new movie 'Super 8' officially opens in theatres today (10th June 2011) is being tipped as a future Oscar-winning filmmaker.
Abrams is perhaps best known for co-creating the ABC drama series 'Lost', but he gained critical acclaim for his work on 'Star Trek' and 'Cloverfield'. Despite being considered one of the most promising filmmakers in Hollywood, Abrams brushed aside comparisons to his mentor and close friend Spielberg. Speaking at a press conference in promotion of 'Super 8', Abrams was quoted by the Winnipeg Sun as saying, "There is no next Steven Spielberg, and never will be. Working with him was an incredible privilege and education. I feel I was already benefiting from him years before I met him". The pair's relationship dates back to when Spielberg attempted to recruit Abrams to pen his sci-fi epic 'War of the Worlds' with Tom Cruise. Although JJ passed on the offer, the filmmakers forged a close friendship and began working on 'Super 8' in 2010. Set in 1979, the movie follows the United States Air Force as they shut down a section of Area 51 and begin transporting materials by rail to a secure location in Ohio. Meanwhile, a group of teenagers are shooting a 'Super 8mm' movie when they witness a train crash.
Jj Abrams is reportedly working on a currently untitled 'Cloverfield' sequel, with director Matt Reeves. The movie is tentatively scheduled for release in 2014.