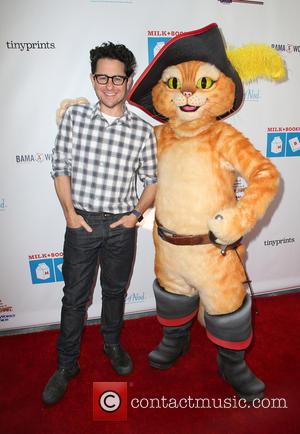 Abrams, who helmed the much-anticipated sequel Star Wars: Episode VII - The Force Awakens, was among the attendees of the panel at San Diego Convention Center's fabled Hall H, along with the franchise's stars Harrison Ford, Mark Hamill and Carrie Fisher, among others.

At the end of the event, Abrams stunned the over 6,000 fans in the venue by asking them, "Who wants to go see a live Star Wars concert right now?"

After the crowd enthusiastically cheered, he said, "We are literally all going to walk to a location together and experience a Star Wars concert tonight. We only have room for all of you."

The audience members were then led out of the venue by a group of Stormtroopers, who brought them to a nearby outdoor amphitheater by the waterfront.

Fans were handed lightsabers as they entered the concert, where Abrams and the rest of the Star Wars cast joined him on stage to introduce the gig.

Ford, whose presence at the Comic-Con event marked his first public appearance since his terrifying plane crash in March (15), even jokingly walked out using a lightsaber as a walking cane.

The nearly hour-long concert featured some of Star Wars composer John Williams' greatest hits performed by the San Diego Symphony, and select clips from the franchise were also projected on large screens, with the grand finale featuring an impressive fireworks display.