Chloe Moretz insists she hasn't auditioned for 'Star Wars Episode VII', but says she would love to be cast in the franchise. 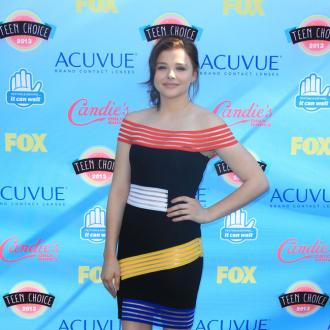 The 'Kick-Ass' star has been linked to Disney's blockbuster sequel, to be directed by J.J. Abrams, after posting a series of teasing messages on Twitter and Instagram over the last couple of weeks, but the 16-year-old actress has now shot down claims she has been for two auditions.

Speaking to Latino-Review.com, she said: ''No [I haven't auditioned for the movie]. Rumours, I don't know how they get started. But it would be great to be a part of it [the film]. I don't think Disney know what's really going to happen. I don't even think they have cast the principal roles yet.''

Meanwhile, Saoirse Ronan recently confirmed she has auditioned for the movie but has refused to divulge details of the role she read for, insisting that producers would ''chop off her head with a lightsaber'' if she revealed more information.

Very little is known about the latest addition to the space saga, which will be scripted by 'Toy Story 3' writer Michael Arndt, but it is thought original 'Star Wars' trilogy actors Harrison Ford, Mark Hamill and Carrie Fisher will reprise their famous roles as Han Solo, Luke Skywalker and Princess Leia, respectively.

Disney acquired the rights to the 'Star Wars' franchise from creator George Lucas last year in a $4 billion deal.

The new film will be shot in England next year and hit cinemas in May 2015.