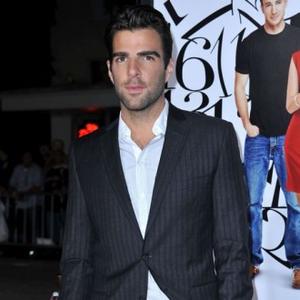 Jj Abrams' 'Star Trek' sequel is set to be shot in 3D.

Paramount has targeted a release date of May 17, 2013, for the follow-up to the 2009 movie - which starred Chris Pine, Simon Pegg and Zoe Saldana - but the film is yet to be given an official title.

Zachary Quinto (Spock), Chris (Kirk) and Zoe (Uhura) are all set to reprise their roles on the motion picture, which will be co-written by JJ, 'Lost' writer Damon Lindelof, as well as Alex Kurtzman and Roberto Orci.

The production company had initially lined up a prospective release date of June 29, 2012 for the movie, but that was given to 'G.I. Joe: Retaliation' as JJ's work on 'Super 8' meant it looked unlikely the 'Star Trek' sequel would be released by next June.

'Traffic' star Benicio Del Toro has been lined up to play a lead villain in the movie, which is expected to begin production in early 2012, but Eric Bana - who starred as the main bad guy in the last film - will not be returning for the motion picture as his character died in 'Star Trek'.