Before I Go To Sleep Review

A clever premise can't help but grab the audience's attention as this mystery-thriller plays with ideas of identity and memory, but the simplistic filmmaking makes it feel like a cheat. Writer-director Rowan Joffe (2010's Brighton Rock remake) badly underestimates the audience, using melodrama and contrived storytelling to try to manipulate viewers' emotions. And it doesn't help that the leading lady can't move her face.

Nicole Kidman stars as Christine, who wakes up every morning thinking that she's 23. When she discovers Ben (Colin Firth) in her bed, she's almost as horrified as when she sees her 40-year-old face in the mirror. But Ben patiently explains who she is, that he's her husband and that an accident damaged her ability to make new long-term memories. When he leaves for work each day, she is contacted by Dr Nash (Mark Strong), who helps nudge her into the present. But all of this does little more than make Christine wonder whether anyone is telling the truth. As she digs deeper each day, she gets in touch with her friend Claire (Anne-Marie Duff), who offers some continuity. And by piecing clues together she begins to realise that there's a gap between what's really happening and what she thinks she remembers.

With elements of both Memento and 50 First Dates, this film is packed with tricky elements that add to the suspense, creating a creepy atmosphere that's surprisingly moving as seen through Christine's eyes. Even with her immobile face, Kidman's eyes are alert and emotive, strongly conveying Christine's yearning to understand the truth. Opposite her, the always terrific Duff has the film's best role simply because she seems to be who she claims to be. Meanwhile, Firth and Strong have a great time wrong-footing both Christine and the audience, or maybe they're just misunderstood. The fascinating premise forces us to sift through the clues ourselves to figure out what's going on.

Continue reading: Before I Go To Sleep Review

Christine Lucas is suffering from a complicated form of amnesia whereby she cannot remember anything about her past, who she is, who her family are and the nature of the terrifying incident which left her that way. More still, each day she wakes up with no recollection of anything, despite having learnt plenty of information about herself before she went to sleep the day before. In a bid to recall all the lost information, she records a video diary day by day and soon learns that not everyone around her can be trusted. Her husband Ben is refusing to tell her certain things about her past, while her doctor, Dr. Nash, appears to have ulterior motives as he helps her to recover. It becomes more and more evident as the day presses on that something shockingly corrupt has occurred - and she's the only person who knows what it is.

'Before I Go To Sleep' is a gripping psychological thriller based on the acclaimed book of the same name by S.J. Watson. Starring Nicole Kidman, Colin Firth and Mark Strong, it has been both directed and written by Rowan Joffe ('Brighton Rock', '28 Weeks Later', 'The American', 'Last Resort') and is due for cinematic release in the UK on September 5th 2014.

Click here to read Before I Go to Sleep movie review

Jing Lusi Monday 14th March 2011 at the Gala Preview of 'Jack Falls' held at the May Fair Hotel. London, England 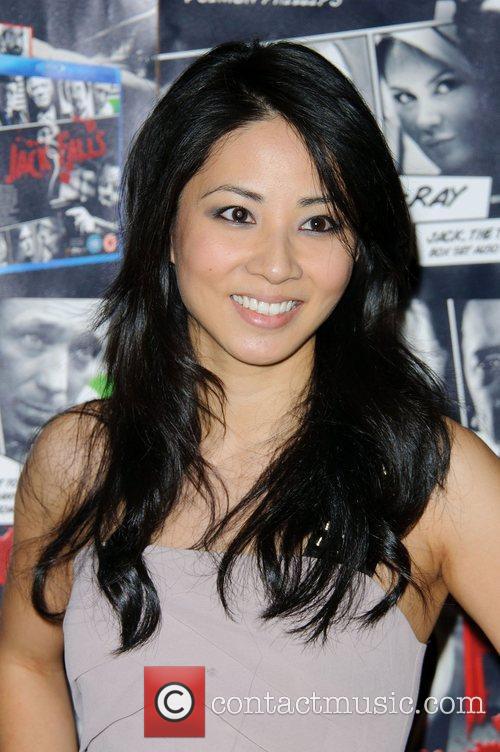