Jimmy Tarbuck has been questioned by police over his alleged involvement in a child sex-abuse cae from the 70's.

Jimmy Tarbuck is the latest celebrity to be tarnished by claims that he sexually assaulted children throughout his decade-spanning career on television. The allegations, stemming from the inquest started by the revelations into Jimmy Savile's depraved life, claim that Tarbuck sexually assaulted a boy during the seventies in the North Yorkshire town of Harrogate.

Tarbuck was quizzed by North Yorkshire police at his home in Kingston, Surrey, for some hours before being freed on bail on April 26. The news was kept under-wraps by police until now, although it had been known for some weeks that police were questioning a 73-year-old household name in connection to the ongoing Operation Yewtree, the inquest started by the Savile scandal. When asked about his accusation this weekend, he replied: "I'm not commenting on this. You need to speak to my solicitor."

Jimmy Tarbuck, with his wife (left) and daughter Liza (right) at a recent charity event.

According to a statement from North Yorkshire police, the inquest into Tarbuck's depraved past is still on going, with the comic and TV-presenter expected to be taken in for questioning in the near future.

Tarbuck first achieved notoriety in the 60's, following a successful run as a stand-up comic and as a redcoat at Butlins. He went on to host quiz shows Full Swing and Winner Takes All and had many one-off specials over the years, being awarded an OBE in 1994 for his services to showbusiness and charity. He has been together with his wife, Pauline, for over fifty years and the two have three children together, including TV and radio presenter Liza Tarbuck. 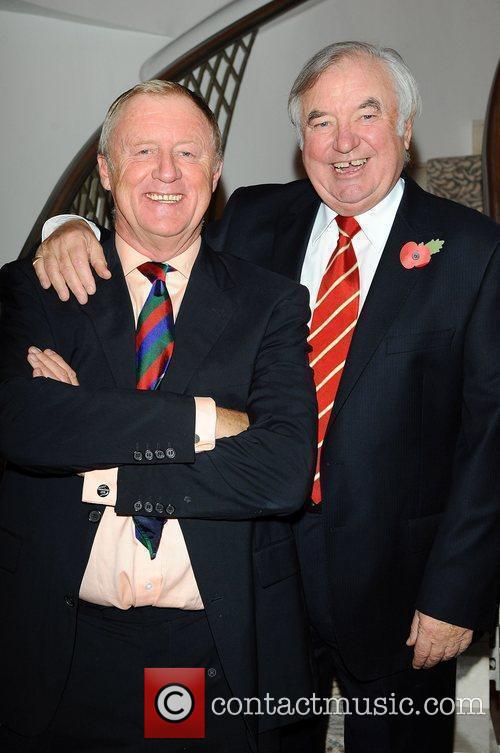 Tarbuck, here with Chris Tarrant, was well respected among his peers.