'Slow' singer Rumer has revealed she would ''love to'' collaborate with Led Zeppelin guitarist Jimmy Page. 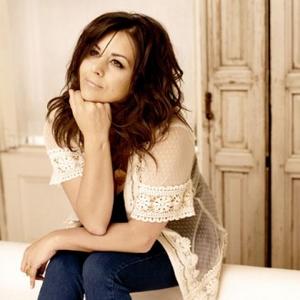 The 'Slow' hitmaker - who has worked with John Berry and Burt F. Bacharach after he invited her to his Californian home to hear her sing - is eager to work with the Led Zeppelin musician because he's "such a great guitarist".

She told BANG Showbiz: "I'd love to collaborate with Jimmy Page, he's such a great guitarist."

The singer-songwriter also revealed she is keen to do some more work with American solo artist John Grant because she regards him as a "phenomenal musician", as well as English pop singer Sandie Shaw.

Speaking at the Glenfiddich Mojo Honours List 2011 ceremony in London on Thursday (21.07.11), the 32-year-old star added: "I'd love to do more work with John - he's my pal and a phenomenal musician.

"I would love to do something with Sandie. We should definitely do something together, she's wonderful. She presented me with my award and texted me before to make sure we weren't wearing the same colour tonight."

But Rumer - real name is Sarah Joyce - is not keen on writing songs with other musicians.

She said: "I don't really writing music with other people so much. If anyone ask me to write some songs for them I'd have a go, but that would be up to them I suppose.