Jimmy Page: I'd have 'overloaded' a camera phone

Jimmy Page has joked he and his Led Zeppelin bandmates would have had no problem with camera phones if they'd been around in the 70s and he would have ''overloaded'' his handset. 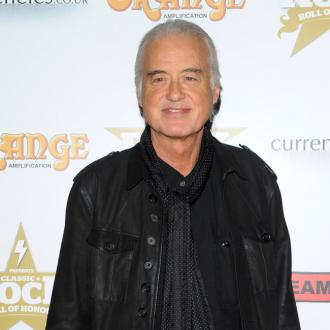 Jimmy Page says he would have ''overloaded'' his camera phone if they'd been around in Led Zeppelin's time.

The 69-year-old guitarist and his bandmates - singer Robert Plant, bassist John Paul Jones and late drummer John Bonham - were infamous for their wild off-stage antics, drinking and love of women and the 'Whole Lotta Love' group even had their own private jet during their 70s heyday.

Jimmy insists he wouldn't have been too worried if camera phones had existed back then to capture the band's parties.

When asked how the super-group would have dealt with the technology at the Classic Rock Roll of Honour Awards at The Roundhouse in London on Thursday night (14.11.13), he cheekily responded with a smile: ''I probably would have overloaded mine.''

Jimmy insists it's the job of rock and pop musicians to have an ''edge'' and believes if an artist is being criticised for being too provocative or behaving badly then they're doing their job properly.

He told BANG Showbiz: ''One would hope that rock music, or pop music, will always have the edge. If you go back to when it started in the early days with Elvis Presley, then moving on from there to, say, punk you know it really comes at you.

''You hope that whatever is coming out is going to come out snarling and really confrontational. But that's got to be something that really captures the imagination of the youth and that creates a real movement behind. That's what rock 'n' roll has always done. It's been a voice of the youth.''

Jimmy was at the ceremony to collect the Film Of The Year prize for Led Zeppelin 'Celebration Day' - the concert movie of the band's 2007 reunion concert at The O2.

Other winners on the night included Black Sabbath - who took home three gongs, including the prestigious Living Legend Award - The Musicians' Union Maestro winner James Dean Bradfield and Wilko Johnson, who despite having terminal pancreatic cancer was on hand to collect his Innovator trophy and received a raucous reception from the audience.