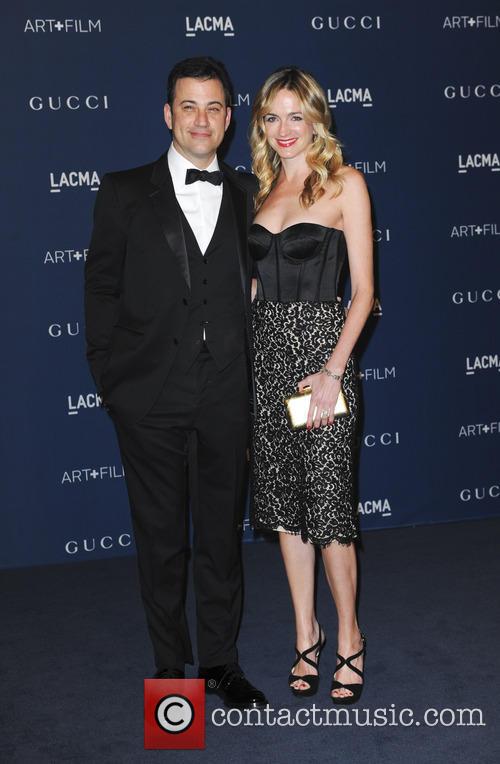 Kimmel introduced his guest by focussing primarily on her comedy career, with a small reference to how "there's nothing awkward about her being here." However, Silverman immediately forced the conversation on to their seven year long relationship by presenting Kimmel with an unconventional guest gift: a box of his old things. Kimmel looked distinctly uncomfortable but dealt with the situation surprisingly well.

Silverman waved at Kimmel's support staff and joked "It's like I never left, only you're married." The conversation halted for a second when Kimmel asked if she had heard about his married, to which she attempted to nonchalantly reply "I think someone text me or something." 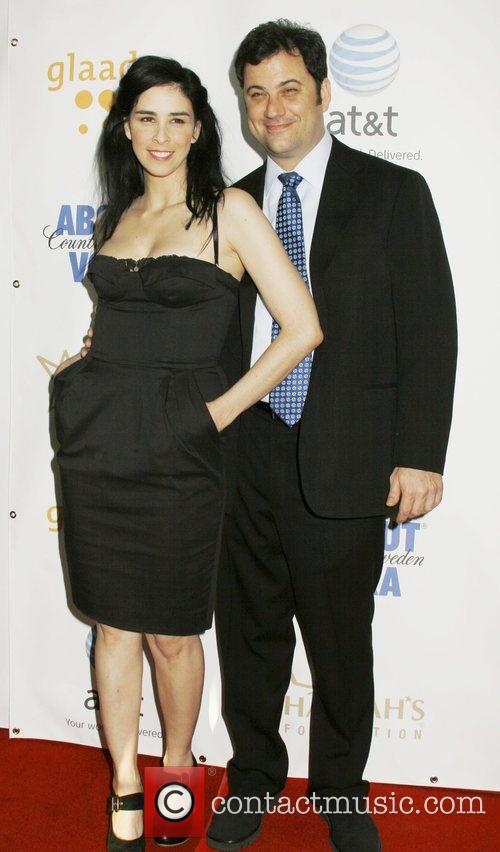 The conversation was brought round to the box and the audience's slightly hysterical laughter increased as if to blot out the socially uncomfortable situation unravelling before them. Silverman said "This is some stuff you left when you left." She proceeded to open the box and extract a selection of everyday objects including: socks (which Kimmel was not sure were his); an old toothbrush; a plug for his Palm Treo; some jeans evidently bought before Kimmel lost weight; a 'Team Jimmy' t-shirt; a collage from "all the heads I cut out of our pictures together." Still incredibly dead-pan but still making Kimmel uncomfortable, Silverman glanced at the door from which a small child emerged and asked if he was "going to meet Daddy tonight."

The two agreed the situation was "good weird" and Silverman joked that their encounter was part of "the circle of life." She said "This is human nature, this is the way life is, people break up. Exes are guna bump into each other; they're guna cross paths; they're guna be on each other's talk shows"

The situation evened out slightly then when Kimmel moved the conversation on to Silverman's upcoming HBO special We Are Miracles, which she had appeared on the show to promote. The special, which was filming in a small bar in Los Angeles to an audience of 39, will air on HBO on November 23rd.

Kimmel married his long term girlfriend Molly McNearey, a writer on his comedy show, July of this year. The couple have been dating since October 2009, a few months after Kimmel split from Silverman. Silverman has been in a relationship with comedian Kyle Dunnigan since October 2011. 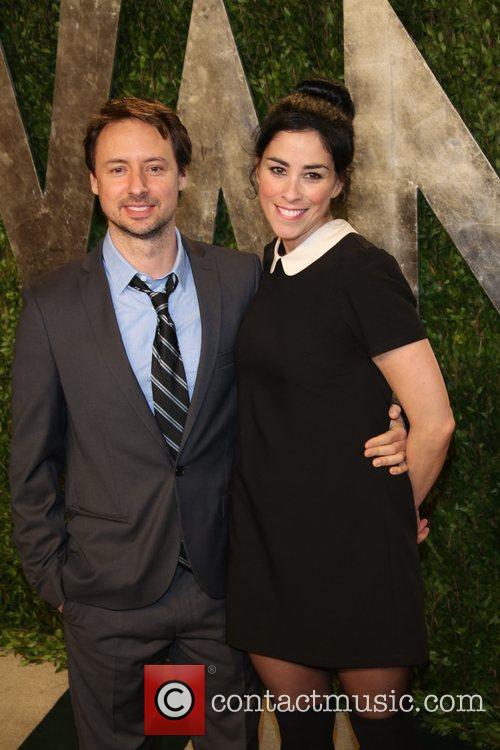 Sarah Silverman has been dating Kyle Dunnigan for two years.