Earlier this year, Jimmy Kimmel was put through the most emotional moment of his life when his newborn son was rushed into surgery when it became clear there was a problem with his heart. More than three months on, it seems baby Kimmel is doing great though he still needs to undergo two more operations. 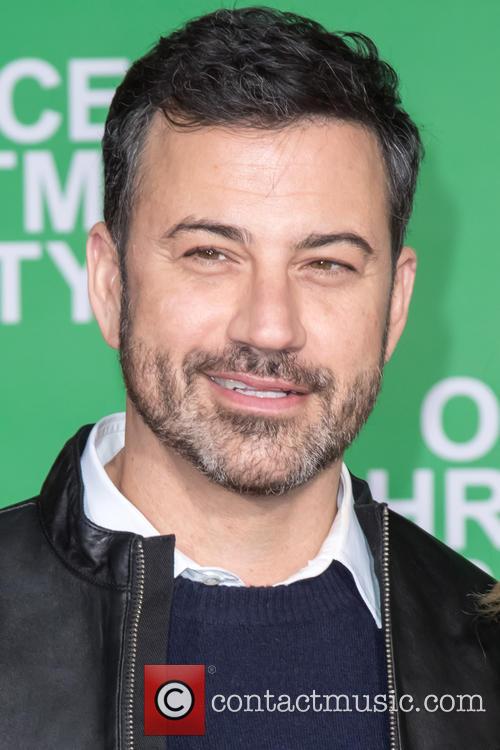 The talk-show host opened up about life with his new son Billy - who was born on April 21st 2017 - in a new interview, recalling the moment he knew something was wrong after his birth and described how he dealt with the situation at the time.

'I felt like I was in an episode of a television show where something terrible was happening', he told the Hollywood Reporter. 'I knew there was nothing I could do. They were all very good about keeping me abreast of what was happening, but I wanted them to just focus on him and not worry about me. The surgery itself took less time than we were told it would - about two hours. We were surprised when the doctor walked in and told us it went well.'

Thankfully, he had his relatives on hand to keep him positive. 'My whole family came to the hospital', he adds. 'We were worried getting through that time but my cousins Sal, Ivy and Mickey showed up and started making fun of everyone else in the family. Somehow, we managed to laugh through the whole day.'

More than a week after the incident, he opened up to his audience about the ordeal on 'Jimmy Kimmel Live!', praising the efforts of Children's Hospital Los Angeles and Cedars-Sinai Hospital and getting visibly emotional about the prospect of other children out there with parents unable to afford such care.

'I knew I had to say something, and I knew that I would get emotional', he said. 'It occurred to me that maybe we could make it into something positive. I had a lot of time to think at the hospital, and it just so happened that our government was deciding whether or not millions of people should have health care at that time. I think it made a big impact on American citizens.'

Meanwhile, little Billy is facing more time in hospital in the future, but things are still looking good for him. 'He has to have two more open heart surgeries', Jimmy reveals. 'We would like to get them over with and not have to think about it all the time, but it could definitely be worse.'

Jimmy Kimmel named as host of next year’s Oscars

Jimmy Kimmel lost 'half his fanbase' over Donald Trump jokes