Trump cancelled his scheduled appearance on 'Jimmy Kimmel Live!' on Tuesday, something that the host was pretty annoyed about.

Donald Trump left Jimmy Kimmel scrambling for a replacement guest on his late night chat show on Tuesday evening, and boy, was he mad!

Trump, the controversial frontrunner for Republican Party’s presidential candidate for next year’s election, had pulled out of a scheduled appearance on ‘Jimmy Kimmel Live!’ with less than 24 hours to go. Kimmel was understandably upset, as the much-talked about billionaire-turned-politician has made appearances on rival shows by Stephen Colbert and Jimmy Fallon in the last few weeks. 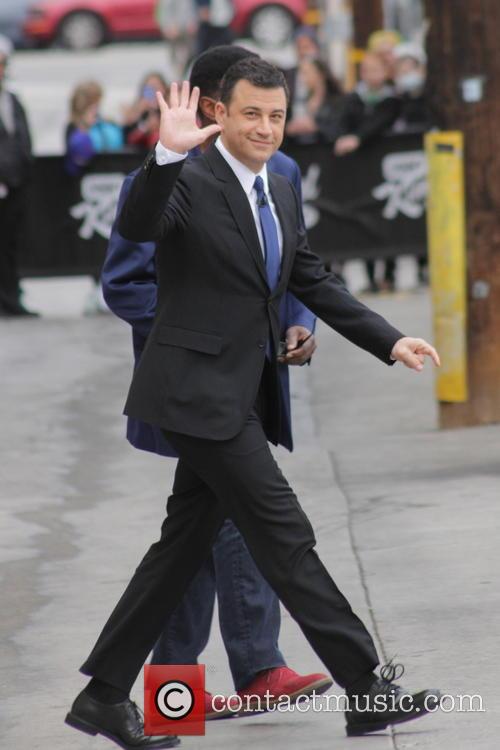 “Due to a political obligation, Mr. Trump is rescheduling his appearance and looks forward to being on the show in the next few weeks,” he had told CNN Money late on Tuesday night (October 20th). But this wasn’t a good enough explanation for Kimmel, who proceeded to deliver a few sharp jabs at Trump during the opening monologue.

“Usually, it means he had to go on CNN and call someone an idiot or something… Why did he cancel?” he asked rhetorically. “We told him there were cameras here, right? Are Tuesday nights the nights he volunteers down at the orphanage?” “Don't worry,” Kimmel assured members of his studio audience.

“Tonight, we're going to give everyone in the audience a basketball dipped in cologne, so you can fully experience what it would have been like had Donald Trump been here.” Oof!

Fortunately, fellow guest Jay Z kept his commitment to appear on the sofa, spending his appearance promoting his streaming service Tidal, which is seeing an improvement in fortunes. The rapper even gave the entire studio audience tickets to the sponsored concert at the Barclays Center the same night.

Jimmy Kimmel To Return As Oscars Host In 2018