Yep, Jimmy Kimmel Turned Up To The Oscars...In Jeans

Jimmy Kimmel turned up to the Oscars in jeans.

So, there was Brad Pitt in his tuxedo, Bradley Cooper in his tuxedo, Matthew McConaughey is his white tuxedo - hell, anyone who was anyone wore some form of tuxedo to the Oscars, as it standard procedure. Apart from Jimmy Kimmel. Jimmy Kimmel Turned Up To The Oscars in Jeans

The late night talk show host was spotted milling around the red-carpet at the 86th Academy Awards in...jeans, and an untucked shirt.

Kimmel stuck out like sore thumb, though his casual attire was part of his pre-Oscars show bit in which he confronted real people tweeting mean things about celebrities at the Academy Awards.

During his interview, Spacey channelled the Tonight Show icon Johnny Carson, joking, "The big picture tonight, I haven't seen it, it's called '12 Years a Slave' . I assume it was about my first marriage." 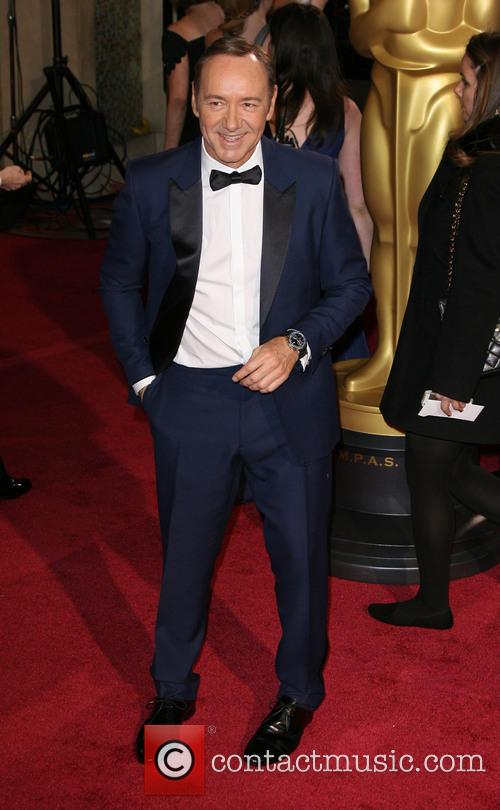 Kevin Spacey Appeared on Jimmy Kimmel's Show After the Oscars

The House of Cards man, who narrated a PBS documentary about Carson's life, said he had posted a spoof video of Carson on his website kevinspacey.com. Predictably, the site crashed after a surge in traffic, though was back within the hour.

The big winners at the 86th Academy Awards were 12 Years a Slave, which won Best Picture, and Gravity, which scooped 7 awards including Best Director for Alfonso Cuaron.