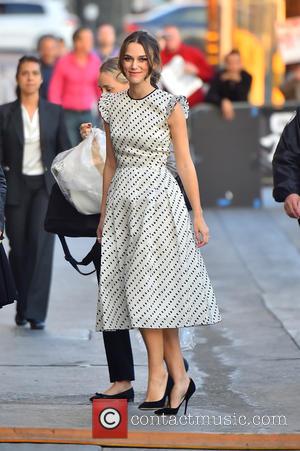 U.S. chat show host Jimmy Kimmel is preparing for an assault on the festive pop charts after teaming up with The Killers to provide vocals for their annual Christmas single.

The band release Joel The Lump Of Coal, their ninth yearly festive song, on Tuesday (02Dec14), and Kimmel unveiled the track on his talk show on Monday (01Dec14).

The song, released to raise funds for Aids charity (Red), was co-written by the presenter and features him as the voice of Santa Claus.

The Killers drummer Ronnie Vannucci says, "This is our ninth year giving back to (Red) and the fight against Aids with our versions of holiday carols. Each year we like to spread out and collaborate with our friends. This year, after staying up way too late drinking 'nog with our pal Jimmy Kimmel, we made yet another one, about a lump of coal. We're really excited for everyone to hear it."

Jimmy Kimmel To Return As Oscars Host In 2018