Kimmel and wife Molly McNearney's son Billy was born in April 2017 with a rare congential heart condition, which has required two surgeries so far.

It’s been a long year for chat-show host Jimmy Kimmel and his wife Molly, after seeing their baby son Billy endure two heart surgeries to correct a rare genetic condition after he was born.

The 50 year old star opened up about the experience in a new interview with O (Oprah Winfrey’s magazine) this week, saying that he and his wife Molly McNearney had fleeting feelings of detachment from their son, who was born 11 months ago with congenital heart condition tetralogy of Fallot with pulmonary atresia.

Kimmel first revealed the news back in May, in a tearful address on his show ‘Jimmy Kimmel Live!’, saying that Billy had undergone open heart surgery at just three days old. 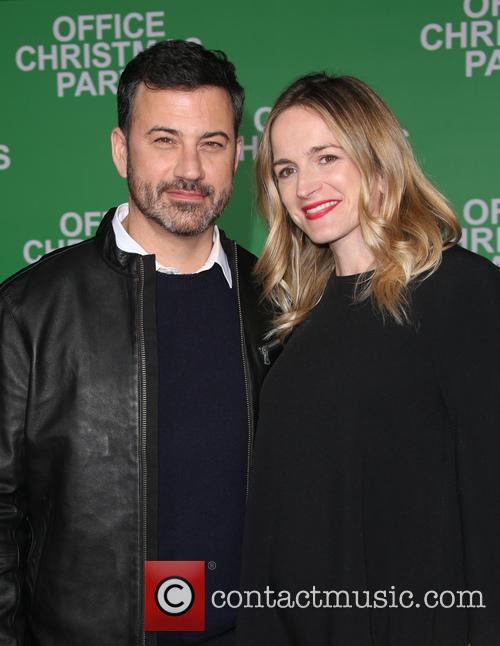 He later underwent a second surgery at the Children’s Hospital in Los Angeles at seven months old, and was healthy enough to appear on his father’s show earlier this month.

“There were secrets we kept from each other that we revealed only after the second surgery. The biggest one was that, I think subconsciously, we didn’t want to get too close to the baby because we didn’t know what was going to happen,” Kimmel revealed to Oprah in the feature, for the magazine’s April edition.

He and McNearney have been married since 2013, and share three year old daughter, Jane. Kimmel also has two adult children, Kevin and Katie, from a previous marriage.

“He’s great,” Kimmel told Oprah about Billy’s current status. “He’ll have another surgery when he’s around 6 or 7 years old, but in the meantime, he’s doing great.”

More: Jimmy Kimmel is back, but baby Billy is the star of the show