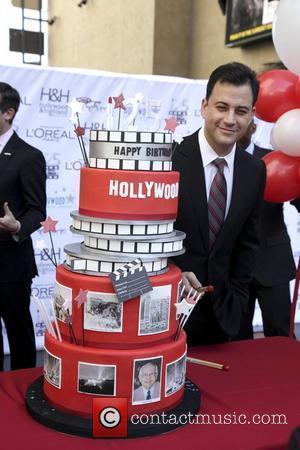 Jimmy Kimmel has been announced as the host of this year's forthcoming Emmy Awards. The ceremony is scheduled to take place on September 23, 2012. The Los Angeles Times announced the news today (March 27, 2012) and Kimmel is expected to be a popular choice, as his rival chat show hosts, David Letterman, Jay Leno and Conan Obrien and Jon Stewart have all had their turn when it comes to heading up the Emmys telecast.
Kimmel already has form in the world of awards broadcasting; LA Times points out that his live post-Oscars show has "become an annual ABC rite" and this latest move will place him a step closer to the front line. Abc's executive producer, Don Mischer said of this year's awards "We love television and look forward to working with the Television Academy and Abc in creating a show that is fast-paced, humorous, unpredictable and at times irreverent, but clearly celebratory of our incredible industry."
Jimmy Kimmel was recently given the honor of conducting Madonna's only promotional interview for her forthcoming Mdna album. During the interview, the 53 year-old pop star shared some of her raunchy dance moves with the chat show host when he admitted that he feels uncomfortable dancing in clubs. During the interview, Madonna also revealed that she would love the film director Quentin Tarantino to work on one a promotional video for her track 'Gang Bang.'