The pair tied the knot in a huge ceremony this Saturday.

This Saturday, Jimmy Kimmel married his longtime partner and the co-head writer of Jimmy Kimmel Live, Molly McNearney. According to Us Weekly, both the 45-year-old host and his ladylove, 35, chose very classic looks for their special day – he in a black and white tux and she in a flowing white strapless gown with a diamond-encrusted sash. 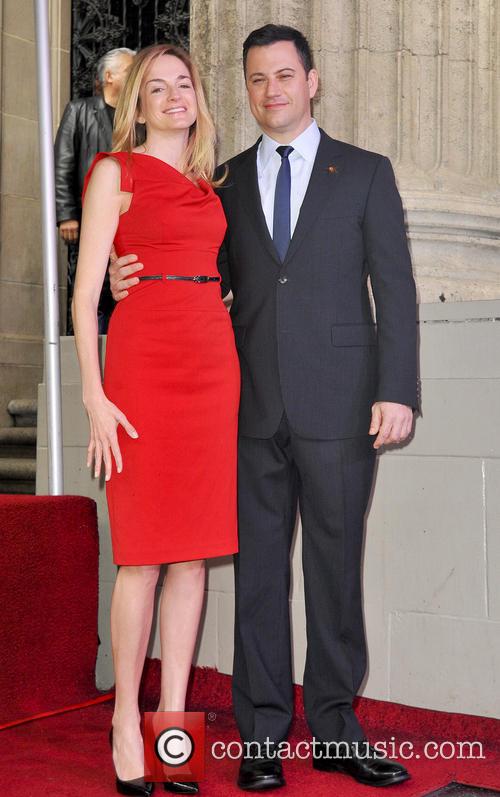 The couple have been together for several years.

The diamonds weren’t the only sparkling thing at the star-studded wedding, however. The reception was attended by a slew of A-listers, including Ben Affleck and wife Jennifer Garner, Matt Damon and wife Luciana, Jennifer Aniston and fiance Justin Theroux, Ellen Degeneres and wife Portia De Rossi, Emily Blunt and husband John Krasinski, Howard Stern and Johnny Knoxville were all on the guestlist of some 300 of Kimmel and McNearney’s closest friends and family. 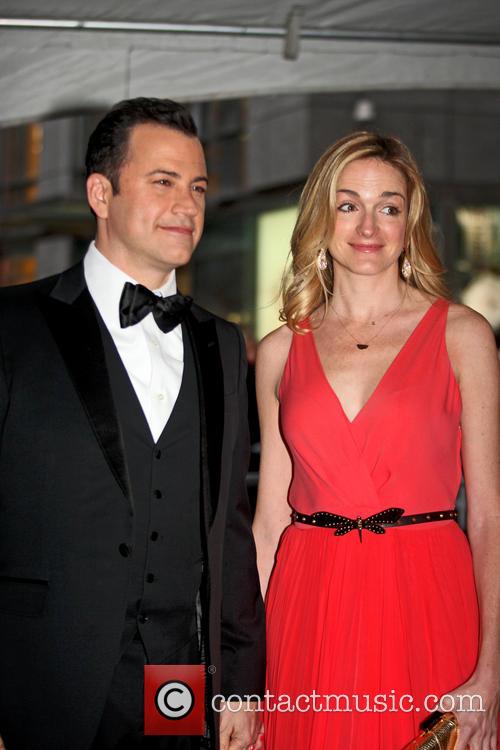 According to Us Weekly, the happy couple had their first dance to the tune of Ray LaMontagne's "Let It Be Me", before jamming out to the Black Eyed Peas’ I Gotta Feeling and a number of jazz selections, played by a live jazz band. The website also reports that both McNearney’s sister Kelly and Kimmel’s brother John led toasts to the newlyweds, with John concluding his with "Go make some baby bachelors and bachelorettes!" (An ode to Kimmel's mini-me production, The Baby Bachelor, which spoofs ABC's The Bachelor and follows his young nephew Wesley in his quest for love.) From all of us here at Contactmusic, congratulations to the happy couple. 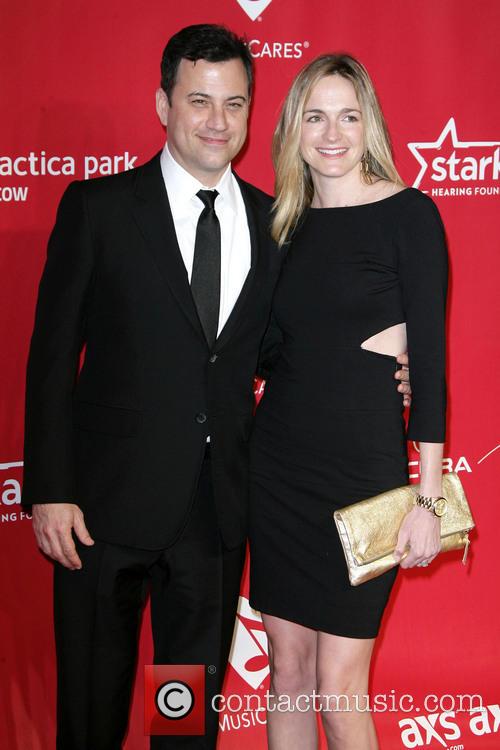 They've been engaged since last August.