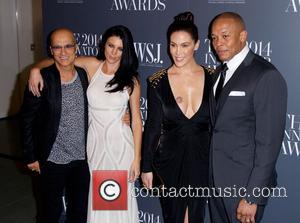 The couple confirmed they are engaged earlier this month (Sep15) after getting together in 2013, and they are already said to be organising their nuptials.

"It won't be a big public wedding, but there will be some very big names there," an insider tells the New York Post.

It is thought Jimmy, 62, wants to involve many of his friends, some of whom are major music stars.

The mogul is a record producer who co-founded Interscope Records and helped launch Beats Electronics with Dr Dre. The Beats company was acquired by Apple Inc. in May, 2014 and since then he's worked as an executive at the technology company.

The star has worked with some of the biggest names in the industry over the years, teaming up with John Lennon and Bruce Springsteen when he started out in the 1970s. He has made sure to remain relevant too, and he appeared as a mentor on TV show American Idol several times.

Liberty will likely have her own A-list guest list, as she has worked in the fashion industry since her early teens. The 37-year-old model has appeared in Harper's Bazaar and i-D, and she was famously shot by Mario Testino alongside Kate Moss, Naomi Campbell and Stella Tennant, among others, for British Vogue in 2002.

Liberty took some time off from fashion when she had children with film director Rupert Sanders, who she was married to between 2002 and 2014.

Their relationship broke down after it was confirmed he'd had an affair with Kristen Stewart, who he directed in Snow White and the Huntsman.

Last year, Liberty admitted she didn't expect to have another relationship after her marriage breakdown. Meeting Jimmy took her by surprise, but she believes the divorce left her better equipped to know what she wanted from a man.

"At my most raw, I didn't have the energy to pretend I was anything other than what I really was," she told the London Evening Standard. "Having been married once, it's great because you know exactly what you need and you cut through the c**p. I knew I wasn't putting up with anything less than exactly what I wanted. And his friends are so happy for him because he'd been single for seven years." 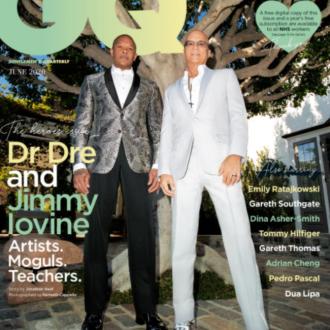