Probably one of POTUS' best TV appearances ever.

It would be so easy for President Barack Obama to forget to take his job seriously, to lose himself in the adoration of the people and over-indulge his rockstar status. And yet he doesn't. Even when he hit up Jimmy Fallon on 'The Tonight Show' to 'slow-jam the news', he still managed to be serious about his accomplishments as leader of the United States. 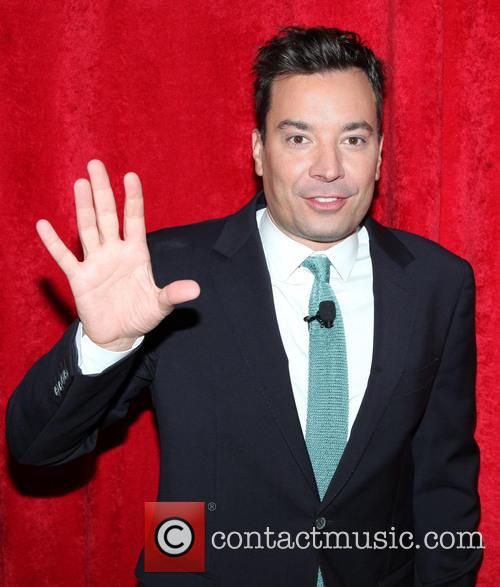 Jimmy Fallon seemed delighted to have Obama on the show

That being said, it doesn't mean he wasn't funny about it. He struggled to keep a straight face when Fallon crooned into the mic: 'Even when Congress tried to block him, he found a way in through the back door', and even joined in a brief rendition of Rihanna's 'Work'. We know what you're all thinking: why can't he just stay? He has an answer to that too. 'I can't stay forever. Besides, daddy's got a Hawaiian vacation booked in about 223 days', he tells the audience, looking at his watch.

He even completed the slow-jam session with an actual mic drop, just like after his speech at his last Correspondents Dinner, and delivered a painful burn to Donald Trump. Repeatedly. During a segment where Fallon and Obama were writing Thank You notes, he said: 'Thank you Congress for spending 8 years wishing you could replace me with a Republican. Or, to put it another way... (a picture of Donald Trump appears on the screen) how do you like me now?'

More: Watch the trailer for Obama biopic 'Southside With You'

It was a remarkably down-to-earth segment for the President, and at the end Jimmy Fallon gave a sweet, genuine thank you to the man who has accomplished so much for America. 'Thank you, President Obama, for serving our nation with dignity, class, patience, eloquence, optimism and integrity. Thus marking the first time anyone has sincerely said, 'Thanks Obama!'' He said, referring to the popular meme used by Obama's critics.