Jimmy Fallon Pays Tribute To David Letterman On His Show

After 33 years of late night talk show hosting, David Letterman is set to present his final episode of 'The Late Show' on Wednesday night.

With the last ever ‘The Late Show’ presented by David Letterman looming ever nearer, rival talk show host Jimmy Fallon took the time to pay tribute to the man who is set to retire tomorrow night (May 20th). 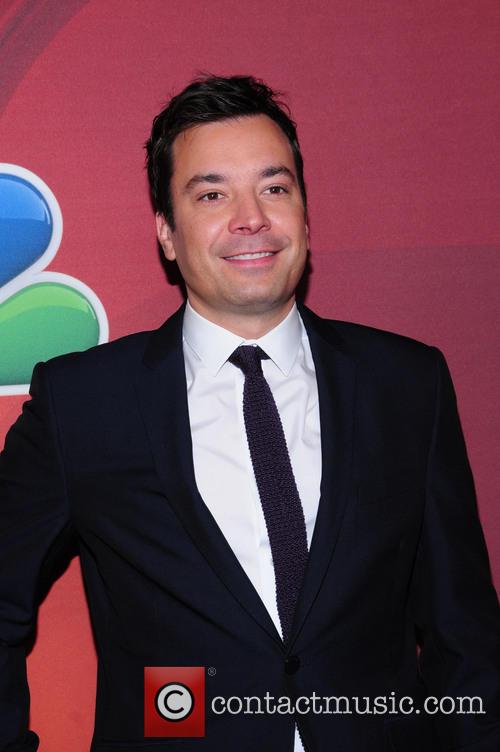 Fallon has presented NBC’s rival ‘The Tonight Show Starring Jimmy Fallon’ since February 2014, and he devoted a five minute segment at the end of his show on Monday evening (May 18th) to tell the audience what a major influence Letterman had been on his own career.

“This show, what late night has become, is a result of [David Letterman] playing with the genre and exploring,” Fallon said. “I, like every kid who grew up watching him, will miss him.”

Fellow talk show host Jimmy Kimmel has also announced that, out of respect, he will not be presenting an episode of his own ‘Jimmy Kimmel Live!’ on ABC on Wednesday night in honour of Letterman’s retirement.

Now at the age of 68, Letterman announced more than a year ago that he would retire from the world of entertainment in 2015. Stephen Colbert, who ended his own long-running satirical news show ‘The Colbert Report’ in December 2014, was announced as his replacement by CBS.

Letterman has previously announced that his final guest on ‘The Late Show’ will be the same as his first – Bill Murray. The much-loved actor was present on Dave’s CBS debut way back on August 30, 1993, and has been interviewed by Letterman a grand total of 44 times.

That’s not the most appearances, however: that’s held by game show host and TV personality Regis Philbin, who’s appeared an astonishing 150 times on ‘The Late Show’.

Tune in tomorrow to CBS at 11:35pm EPT for what is sure to be a memorable farewell.