Jimmy Fallon provided lots of laughs with his special filming of 'The Tonight Show'.

The Super Bowl XLIX was all anyone could talk about over the weekend - and it wasn't just about the epic win of the New England Patriots over the Seattle Seahawks. As per usual, this year provided some pretty hilarious highlights, most notably from 'The Tonight Show''s Jimmy Fallon. 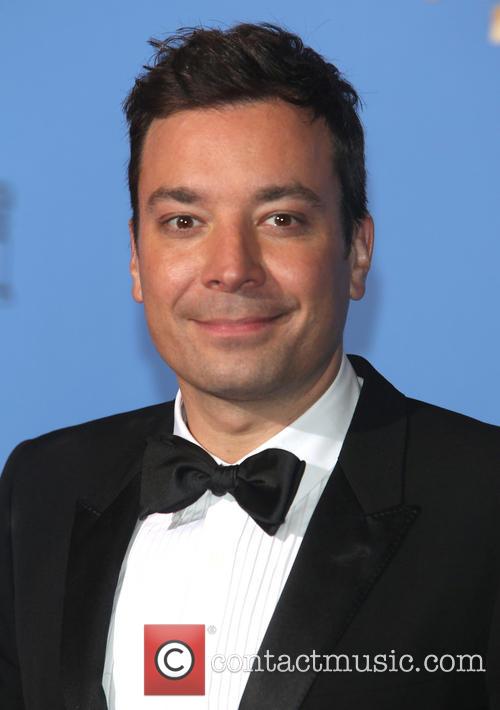 Fallon was shooting a Super Bowl special for 'The Tonight Show', filming at the Orpheum Theatre in Phoenix for the first time in honour of the occasion. Despite special guests Brandon LaFell, Danny Amendola and LeGarrette Blount of the Patriots making an appearance, Fallon did well to keep the attention on him with his admittedly impressive 'Super Bowl of Lip Sync Battles' skit.

He was joined by Drew Barrymore for an entertaining lip-sync performance of '(I've Had) The Time of My Life' from 'Dirty Dancing', which they took one step further by attempting the world famous life sequence - which was less impressive but still very funny to watch. Alongside this, Will Ferrell paid tribute to Idina Menzel, who sang the National Anthem ahead of Super Bowl proceedings, with an eccentric lip-sync of 'Frozen''s 'Let It Go' complete with jazz hands, and comedian Kevin Hart gave a hearty nod to half-time singer Katy Perry with a mime of her number one smash hit 'Roar'.

Jimmy Fallon also used the occasion to perform some actual singing, in an impressive a cappella rendition of Queen hit 'We Are The Champions', which was punctuated by some impressive co-crooning from a variety of pop sensations including Sam Smith, Meghan Trainor, Blake Shelton, The Roots and a melisma battle between Ariana Grande and Christina Aguilera.