Jimmy Fallon Sings With One Direction And Chats With Jerry Seinfeld

One Direction and Jerry Seinfeld turned up on NBC's 'The Tonight Show' earlier this week to make for a memorable episode.

Comedian and TV presenter Jimmy Fallon has had a couple of very special guests on ‘The Tonight Show’ in the run-up to Christmas. On Monday he sang an adorable festive song with One Direction before hosting the boyband on his show the following evening. 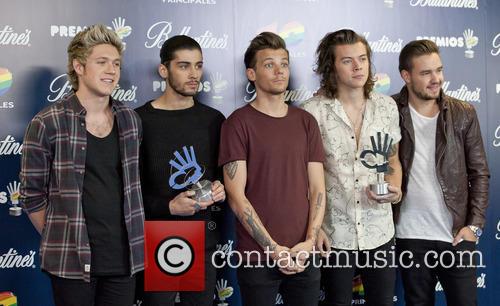 In the episode shown on the night before Christmas Eve (Tuesday 23 December), the British hitmakers were guests on the show and Fallon broadcast the clip they had previously recorded, a cover version of ‘Santa Claus is Coming to Town’ performed on classroom instruments and be-decked in some pretty nerdy-looking Christmas jumpers. Enough to induce festive feelings into even the hardest of hearts!

The six guys sat together in a semi-circle and shot the breeze, with Fallon taking particular joy in telling the band that his newborn daughter is already a 1D fan. The 40 year old presenter revealed that though she isn’t even a month old yet, “she likes you guys!”, beaming with pride. Earlier in December, Fallon and his wife welcomed their second daughter, Frances Cole, into the world via surrogate.

On the same episode, comedy legend Jerry Seinfeld reciprocated Fallon’s appearance on his award-winning ‘Comedians In Cars Getting Coffee’. Fallon was the special guest on the season finale of Seinfeld’s web-series, now at the end of its fifth season. Seinfeld told ‘The Tonight Show’ audience that the presenter was “the most amazing comedian we ever had”. 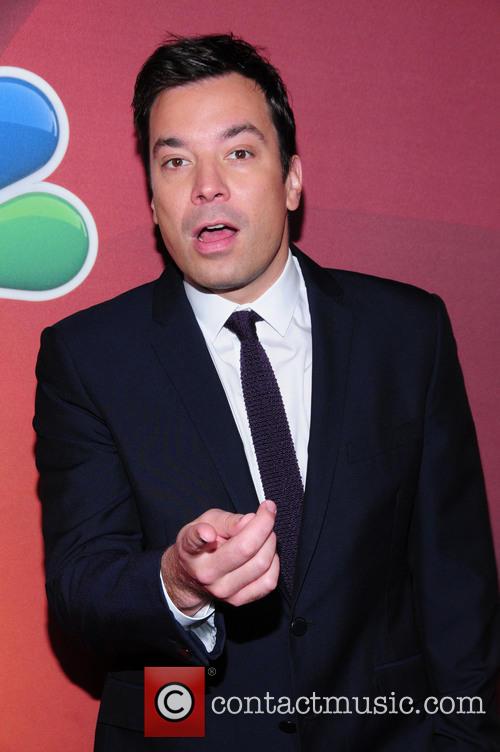 The mutual respect between the comedians is so great that when Seinfeld handed over the payment fee at the end, Fallon told the audience that he didn’t want to be paid! “I don’t want anything, I’m just doing this for fun! You’re one of my idols! I wanted to hang out with you all day.”

Back in February this year, Fallon helped launch the seventh iteration of NBC’s long-running ‘Tonight Show’ franchise, having fronted the previous edition himself since 2009.