After just 16 months since the birth of their first child, Jimmy Fallon confirms more good news.

Congratulations to Jimmy Fallon and, of course, his wife Nancy Juvonen as they proudly announce the arrival of their second baby (another daughter!) Frances Cole Fallon. With the child being carried via gestational surrogate, the couple previously kept the impending news secret. 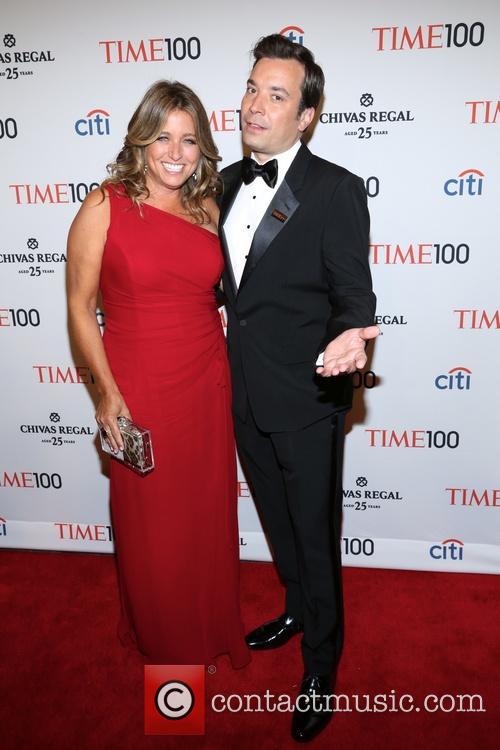 Life is full of nice surprises and 'The Tonight Show' host has certainly shown his spontaneity as he's only now revealed that his second child has been born. The media hadn't had so much of a sniff of baby news since Fallon and Juvonen welcomed Winnie Rose Fallon into the world in July 2013, but it seems they are dead set on developing a large family of their own. Frances Cole made her arrival on Wednesday morning according to a representative of the family.

'Frances Cole Fallon officially entered the world at 8:45 a.m. on Dec. 3, weighing 5 lbs., 11 oz. and is 18.5 inches long', the rep confirmed to People magazine. 'Their new addition joins big sister, Winnie Rose. The couple opted to keep their baby joy to themselves until their new daughter made her official debut. Both Fallon babies were born via surrogate.'

It's certainly no surprise that the couple haven't found themselves wanting time out from taking care of children, with Fallon having previously admitted: 'Being a father is the most exciting, amazing thing that ever happened to me.'

Fallon and film producer Juvonen got married in the Caribbean December 2007 after the pair were introduced to one another by Drew Barrymore in 2005, during the filming of sports biopic 'Fever Pitch' in which Barrymore and Fallon starred and Juvonen co-produced.