Jimmy Fallon gave fans a special thank you as he signed off, with the help of The Muppets, from his last ever 'Late Night' episode. 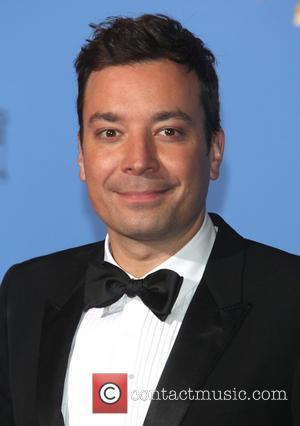 Jimmy Fallon has finally ended his reign as the 'Late Night' host on Friday (Feb 7th) after a 5-year run.

The clearly emotional 39 year-old, who is taking over from the departing Jay Leno on the 'Tonight Show', said his farewells with a little help from The Muppets.

Fallon's last ever 'Late Show' began with a lively performance of 'On a Night Like This' with Buckwheat Zydeco and house band The Roots.

This followed with the former 'SNL' star delivering his final closing monologue in which he jokingly quipped he was "really going to miss being on TV at 12:37."

"I'll especially miss the battle for late night ratings with my fierce rivals - Craig Ferguson and a veggie chopper infomercial," he continued.

The comedian also gave thanks to the staff that have worked with him over the years and previous 'Late Night' hosts such as David Letterman and Conan O'Brien.

During his address to the audience and fans, giving them a special thank you, is when Fallon became emotional.

"I want to thank the fans. I can't believe it," he said. "This didn't exist five years ago. There was no such thing as this show five years ago. Isn't that crazy to even believe that? It means the world to me. You make me so happy. Thank you so much."

Jimmy officially closed his last show by performing alongside The Muppets as they sang The Band's 'The Weight'.

To finalize his departure from one show and beginning on another, walked across the studio to the 'Tonight Show' set to signal a new beginning in late night talk-show television, 'The Tonight Show Starring Jimmy Fallon' debuts on February 17th.

Watch Jimmy Fallon perform with The Muppets below