A night of disappointment turns into a dream come true at Radio City Music Hall.

If you thought Adele's epic single 'Hello' was an emotional journey, you might think again when you hear this story of two fans' whirlwind night out to see the iconic singer perform in New York City. It's a story that just proves that happiness is wherever Jimmy Fallon is. 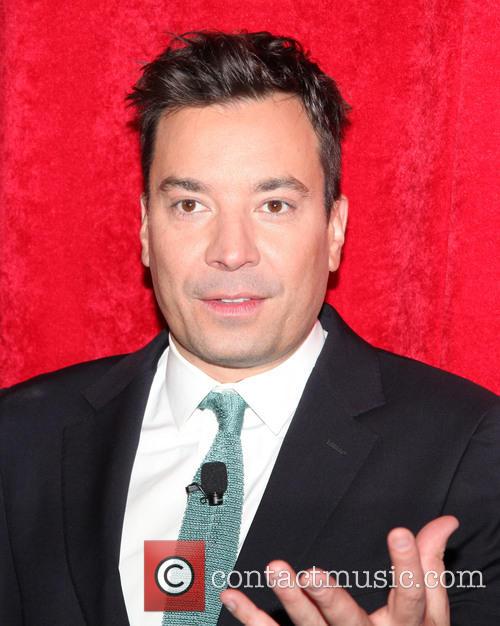 That moment when Jimmy Fallon makes all your dreams come true

So, you get given a pair of tickets to see Adele at Radio City Music Hall in New York. It's a last minute deal and you and your friend rush to make it on time, only to be turned away because the tickets were actually fakes. What's the least likely thing to happen next? A) You find that two genuine passes have fallen out of someone's pocket on the sidewalk? B) Two guys change their mind about the whole thing and hand over their own unused tickets before they head home? C) How about Jimmy Fallon shows up, poses for a selfie and then some guy gets you in for free?

Yep, the answer is C. When Kristen Smith and Mary Kate Romano were given a couple of tickets to see Adele at a sold-out show, they were thrilled at their luck. It was short-lived, however, when they realised they had been scammed. 'We walked to the door to get in and the guy scanned the tickets and told us they were fake,' Smith told Us Weekly. 'We were both so disappointed and sad that we made the trip into NYC and were so close, but wouldn't actually get to see Adele.'

They even hung around for an hour in an effort to get hold of the real deal, but just as their disappointment hit rock bottom, a motorcade arrived and who stepped out of the building but 'The Tonight Show' host Jimmy Fallon?!

Unable to believe the night they were having, the women managed to get a photo with Fallon before explaining their predicament to the sympathetic host. And then things got even crazier.

More: Unfortunately, Jimmy Fallon himself has the worst luck

'We then turned around and a guy standing in the doorway - we're not sure if he worked with Jimmy or if he worked for Radio City Music Hall - said, 'I can make your night even better,' and he pulled out an envelope and handed me two tickets to get into the show', said Smith.

Talk about good things come to those who wait!