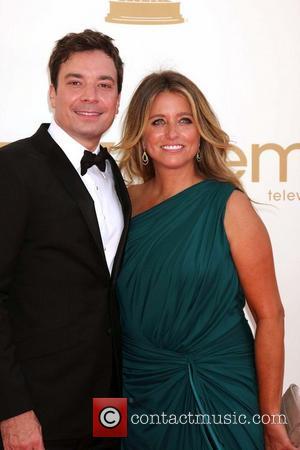 Samuel L. Jackson joined Twitter.com on Jimmy Fallon's U.S. talk show on Tuesday night (11Oct11), and sent out an X-rated tweet live on air.
The Pulp Fiction actor was the star guest on Late Night with Jimmy Fallon and during the interview Jackson announced he had decided to activate his account on the microblogging site.
He says, "I am joining the electronic age. I am officially launching my Twitter site. I have zero followers, I am in a race to see how long it takes me to get to a million to catch up with you."
Jackson had already sent out pictures from backstage at Fallon's show, and as the TV host looked on, the actor sent out his first proper 'tweet' on an iPad, which read, "Can-a muh f**kasay f**k on here?"
He then joked, "It would not be official if I didn't get to say that. People would go, 'That is somebody lying'. I get to tell people (stuff) now."