Anglo-Indian actor Jimi Mistry has haunting memories of the 9/11 attack on New York because he filmed his wife breastfeeding the couple's two-month-old baby on the steps of the World Trade Center a week before the Twin Towers fell.
The Blood Diamond and RockNRolla star was in the Big Apple filming The Guru when he took a day off to show his wife and daughter the sights.
He tells WENN, "I remember very, very vividly it was a week to the day before 9/11 and me and my two-month-old daughter and my wife went downtown to get the Staten Island ferry for our final hurrah to New York.
"It was a dead quiet, a beautiful sunny day and I was videoing my wife breastfeeding on the steps of the World Trade Center, and walking to the ferry going, 'Wow, wow, wow' the whole time.
"I got on the plane the next day to London and then a week later I watched what happened on the television at my gym. I felt so privileged to have witnessed and lived in New York before the city changed."
But Mistry is so haunted by the memory of his last day in New York he hasn't been able to watch the footage he shot: "It's in my loft. I also have two tickets for the top of the World Trade Center, which we never got to use; they haven't been ripped.
"I haven't taken my daughter back to New York since then but I'm going to take her back one day." 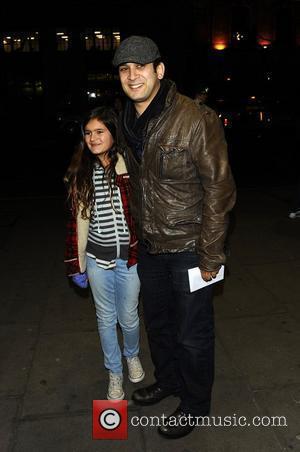