Happy 70th Birthday, Jimi Hendrix! Is It Too Late To Become A Hendrix Fan?

Jimi Hendrix, in action, in his heyday

Happy Birthday, Jimi Hendrix! Today, Jimi Hendrix would have been celebrating his 70th birthday, had a tragic turn of events not resulted in his death on September 18, 1970.

He was an early member of the ’27 Club,’ a sadly-growing group of musicians, who have died tragically young, at the age of 27. Janis Joplin, Kurt Cobain and Amy Winehouse also all died at the age of 27. Until the time of his death, Hendrix’s career had been brief; his debut album Are You Experienced? was released in 1967, just three years before he died.

Hendrix may have enjoyed only a brief period of fame before his death, but his powerful legacy has endured. He is known as an innovator of modern rock music, his ground-breaking guitar technique has inspired thousands to pick up a six-string and get practising. His image is up there with The Beatles, The Rolling Stones, Bob Marley, The Who, as an icon of pop culture. One of those artists that it’s IMPOSSIBLE not to be a fan of, if you’re a fan of music? Right? 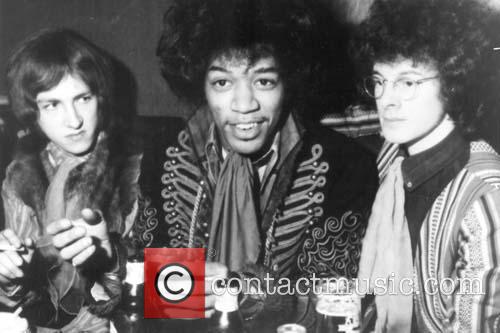 Okay, here I am, sat quietly the back of the class, on Jimi Hendrix’s birthday, desperately hoping that I don’t have to confess to never having really been a fan of Hendrix. But the time has come. It’s been suggested that I might like to write a short feature on Jimi Hendrix’s birthday. I’m going to just get it out there, today, on the guy’s 70th birthday and hope that I can make amends for this apparently glaring error in my own musical education. Is it too late for me to get into Hendrix now, 42 years after his death?

Up until now, if you said the words “Jimi Hendrix” to me, I would simply emit a giggle and recall an embarrassing story my mother once told me about the time a guy told her that she would DEFINITELY be able to hear the key change in ‘All Along The Watchtower’ a LOT more easily if she lay down on his bed… Yeah, nice try, mate. Actually, I think she fell for it. People were pretty gullible in the olden days, I guess. Anyway. Hendrix didn’t even write ‘All Along The Watchtower.’ Even I know that.

Oh and I once sold a rare copy of Electric Ladyland for £70 when I worked in a charity shop. It was the one with the naked ladies on it... but I just had to Google the album title to make sure I definitely got the name right, so I seriously couldn’t possibly consider myself a Hendrix fan, on that basis alone. I get that he played the guitar with his teeth sometimes, when he ran out of hands (he just had the two, I Googled it) but actually, I probably couldn’t name that many of his songs. Purple Haze? That’s one of his, right? (I had to Google that to check, too, just to save face). Oh, and I know he wrote 'Star Spangled Banner,' too (just kidding, folks!).

Over the last few weeks, though, Jimi’s been cropping up in our music news headlines with some regularity and I wonder if now’s a good time to start making up for lost years and becoming some kind of Hendrix aficionado. I’m hoping that Andre 3000’s new movie is going to help me out a little bit. It’s called All Is By My Side and will be based on Jimi Hendrix’s pre-fame years (starring Andre Benjamin himself, as Hendrix himself) according to imdb.com. Do I really want to rely on a Hollywood version of Jimi’s story for updating myself on the guy’s backstory, though? What if I find myself faced with a tricky pre-fame Hendrix question in a pub quiz and erroneously rely on what Hollywood tells me about his life? I’ll make a fool of myself! And judging by earlier news reports, it looks as though the movie’s producers are being stopped from actually using any of Hendrix’s music in the movie. Perhaps I should look to Charles R. Cross’ Room Full Of Mirrors biography for a more accurate look at Hendrix’s life. Any other recommendations, readers? 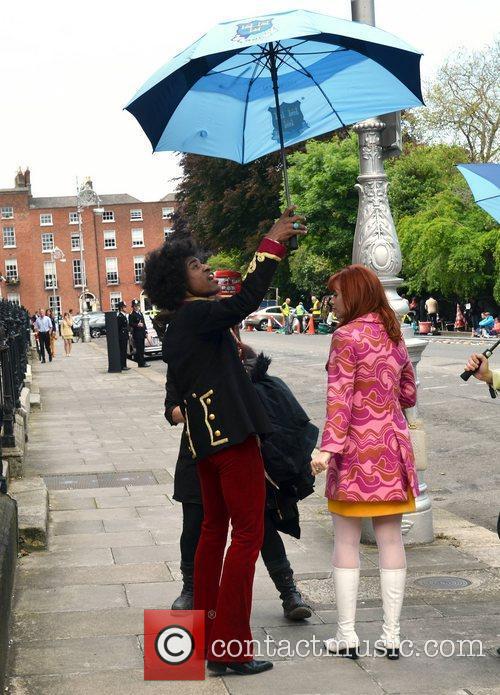 Another thing I do know is that a new Hendrix album is coming out, an album of unreleased material. Perhaps I could start there and work my way back? People, Hell and Angels is apparently a collection of experimental material that Hendrix was working on away from his band, to release after Electric Ladyland (that album I know all about). Of course, if I really want to wing it as a Hendrix aficionado, I’d need to be able to rock the standard “I prefer his early stuff” geek comment and I couldn’t really get away with it. Because I haven’t really listened to any of it. But that’s what’s Spotify’s for, right? That’s surely how Hendrix would have wanted me to educate myself about his musical output. In two-song bursts, interspersed with adverts for budget holidays, spectacles and other products I have no desire to purchase?

Um… has anyone got any Hendrix albums they can lend me?

Here's Hendrix performing Bob Dylan's All Along the Watchtower.