This song is one of the most loved anthems of the 80s. Released on Bonnie Tyler's 1983 album Faster Than the Speed of Night, the power ballad has sold over 6 million copies. Not only did Steinman write and produce the track, he also hand-selected Rory Dodd as the co-vocalist. His most frequent collaborator Meat Loaf was allegedly very annoyed that he wasn't given the track to record - and, given its success, it's easy to see why.

Bat Out of Hell is arguably Meat Loaf's most recognised song, taken from his 1977 debut album of the same name. In fact, the album - which was composed by Steinman in its entirety - is one of the best-selling of all time. The song was initially meant to be a rock 'n' roll version of J.M. Barrie's Peter Pan, which eventually came to pass in the form of 2017's Bat Out of Hell: The Musical.

3. This Corrosion - The Sisters of Mercy

Is there a more goth track than this 11-minute banger from 1987's Floodland? Written by lead singer Andrew Eldritch, Steinman was responsible for producing the single, which was allegedly a dig at his former guitarist Wayne Hussey leaving to form The Mission. It remains The Sisters' most popular song.

4. No Matter What - Boyzone

Released in 1998, No Matter What was Boyzone's first multi-Platinum hit and featured on their number one third album Where We Belong. It was actually originally written for the 1996 Andrew Lloyd Webber musical Whistle Down the Wind for which Steinman wrote the lyrics. It was Boyzone's longest-running number one single and their first (and only) to achieve US success.

5. It's All Coming Back to Me Now - Celine Dion

Celine Dion topped the US charts with this powerful number written and produced by Steinman and featuring on her 1996 album Falling into You. Steinman was inspired by Wuthering Heights when writing this song, and apparently this was another that Meat Loaf was angry that he didn't get to record first. In fact, it was actually first recorded by 80s girl group Pandora's Box.

6. Making Love Out of Nothing at All - Air Supply

The Aussie rock band originally recorded this Jim Steinman power ballad for their 1983 Greatest Hits compilation album. It's a re-working of his theme for the 1980 film A Small Circle of Friends, and was originally offered to Meat Loaf before it was revoked when Steinman allegedly wasn't paid.

While Meat Loaf did indeed get first dibs on this track for 1981's Dead Ringer, it wasn't until Barry Manilow released a slightly re-written version two years later on his Greatest Hits, Vol. II album that it became a hit. Unfortunately, it was Manilow's last top 20 single. 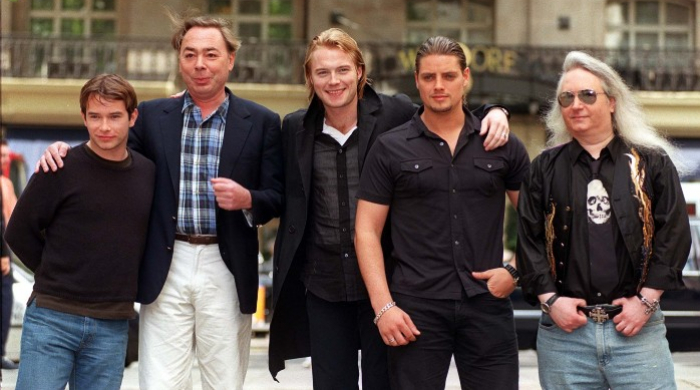