It's the mid 90's and the music scene in the UK is booming. Excess is the word of the decade and the music industry runs on a steady supply of drugs, booze and huge amounts of money. Steven Stelfox is a young A&R manager at one of London's biggest labels but in reality it's quite by chance that he's made it. It's a dog-eat-dog industry and when your ideas run out there's a good chance you'll be cast aside. Not wishing to be the next for the chopping block, Stelfox takes his career ambitions to a whole new level. How well would you survive when even your friends are your enemies?

Since its release in 2008, John Niven's book 'Kill Your Friends' has become a cult classic. Niven himself had worked at many record labels and inspired some of the themes behind the story. Whilst the story is fiction and no one was actually killed, many people in the industry draw many parallels to what actually happened during those years. Look at that line-up, it's one for the ages is it not? Los Angeles comedy fans were given an absolute treat as an all-star cast featuring world renowned stand-up comedians, Hollywood actors and sitcom legends performed improvisational musical called What About Dick? Written by Monty Python man Eric Idle, the show saw comedians-cum-actors Eddie Izzard and Russell Brand join up with the likes of acting stalwart Tim Curry, US 80s comedy star Tracey Ullman, Scottish stand-up Billy Connolly and Frasier star Jane Leeves and more for the hilarious play.

General Aladeen is the ruler of a country called Wadiya. However, he is not a fair ruler, he is a dictator and his reign over Wadiya becomes cause for concern for the United Nations, who holds a meeting to discuss the future of the country. General Aladeen is told to attend, so he travels to America, determined not to introduce democracy into his country. While in America, he also wanders around in New York and ends up in bed with a shocked Megan Fox. 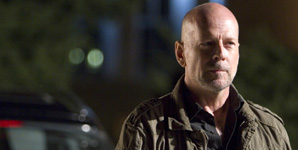