A good part of the show’s accessibility could come from the amount of time characters spend obsessing over other show’s and films. There’s of course geek staples like 'Star Trek' and 'Star Wars'. Then there’s all the superhero comics and movies which are often the topic for heated debates. Indeed the constant referencing of shows from the past is enough to make you go and dig out other TV boxsets, when you’ve finished the latest ‘Big Bang Theory’ episode. Remember when Leonard got Penny to sit and watch ‘Buffy the Vampire Slayer’? Of course their obsessions also lend themselves very well at Halloween when we get to see the characters indulge themselves in a little cosplay, usually with humorous results. 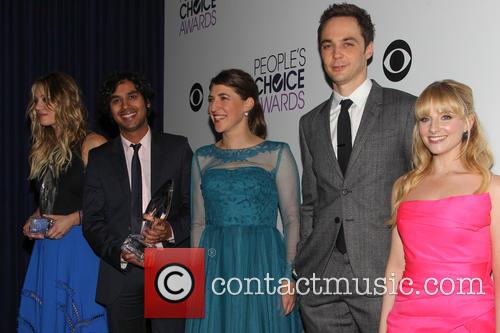 The cast of 'The Big Bang Theory'

Maybe 'The Big Bang Theory’ is so popular because there’s a little bit of those characters in all of us. Sometimes we all find ourselves being a little socially awkward and needing to fit in. Plus everyone has there little obsessions that sometimes take over their lives. Actually for a show that focuses on characters obsessed with other shows, 'The Big Bang Theory’ really has done surprisingly well. Now though, after seven seasons and luckily for the show’s creators a lot of people’s TV obsession has become ‘The Big Bang Theory’itself.